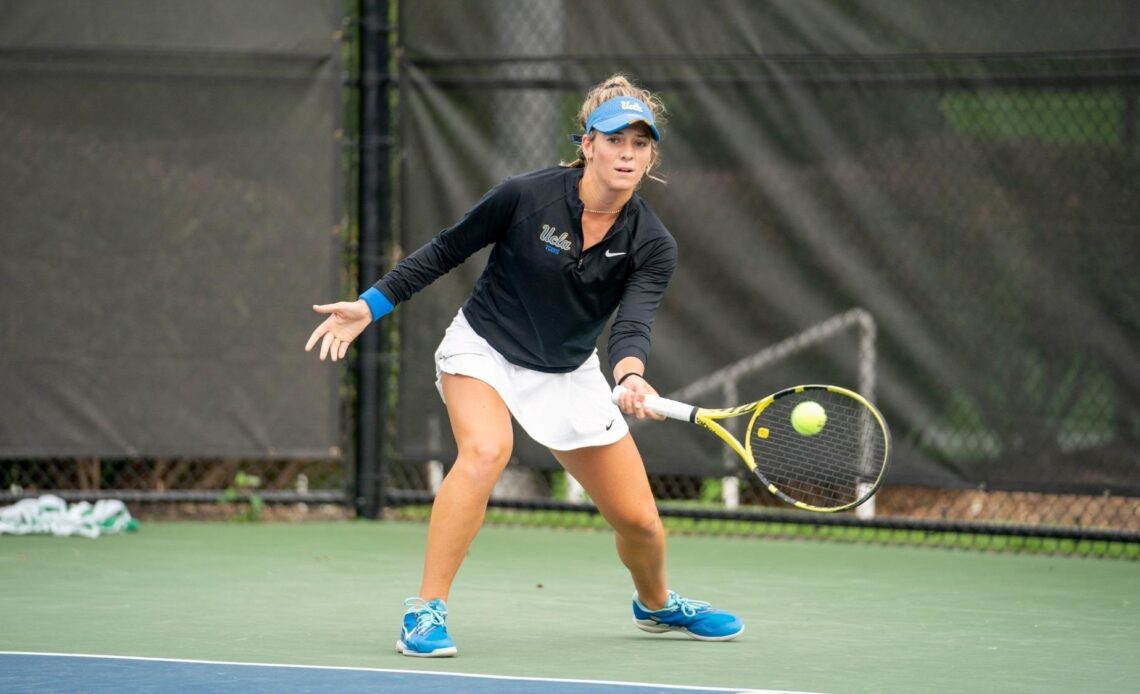 
LAS VEGAS – The 16th-ranked UCLA women’s tennis team is set to take part in its first action of 2023 Friday on the campus of UNLV, location of the 20th Freeman Memorial Championships.

The Fertitta Tennis Complex is the site of the three-day event, set to feature singles and doubles tournaments. Joining the Bruins in the field are No. 8 Stanford, No. 10 Pepperdine, No. 13 Oklahoma State, No. 18 Florida and the host Rebels.

UCLA is looking to carry forward the success it had during the fall campaign, during which Ava Catanzarite (No. 42), Kimmi Hance (46), Fangran Tian (94) and Anne-Christine Lutkemeyer (120) earned singles rankings from the ITA. The doubles team of Hance and Elise Wagle was slotted at No. 11 in the nation after collecting the ITA Southwest Regional Championships doubles title.

Other notable results were achieved by Women of Troy Invitational singles champion Lutkemeyer, who accumulated a team-best 11 singles wins, as well as Catanzarite and Tian, who each bested three nationally-ranked singles opponents at the ITA All-American Championships. Hance, meanwhile, was also a singles finalist at the ITA Southwest Regionals. Vanessa Ong and Sasha Vagramov earned the top doubles prize at the Dennis Rizza Classic.

The Freeman Memorial record book features championship performances by a number of Bruins. Ena Shibahara (2018) and Jennifer Brady (2015) collected singles crowns, while the doubles teams of Shibahara/Jada Hart (2018), Courtney Dolehide/Pamela Montez (2012) and Daniela Bercek/Riza Zalameda (2005) were the last ones standing.

Upon completion of their time in the desert, the Bruins start dual-match play. UCLA opens its season Jan. 25, when Loyola Marymount visits Los Angeles Tennis Center for a 1:30 p.m. PT contest.