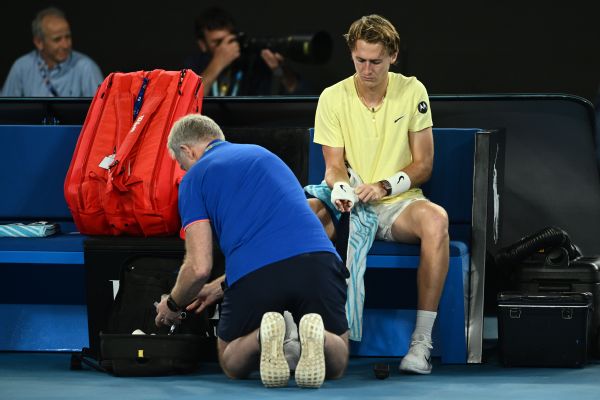 Khachanov will face either No. 3 seed Stefanos Tsitsipas or unseeded Jiri Lehecka for a berth in the final at Melbourne Park.

Korda, 22, who upset 2021 US Open champion and two-time Australian Open runner-up Daniil Medvedev in the third round, received treatment on his wrist from a trainer during the second set Tuesday.

The younger Korda was one of three American men to get to the quarterfinals this time, the most for the country at the Australian Open since 2000. The other two, Ben Shelton and Tommy Paul, meet for a berth in the semifinals on Wednesday.

The Associated Press contributed to this report.