Men’s Tennis Opens Season at No. 24 Middle Tennessee, No. 24 Auburn 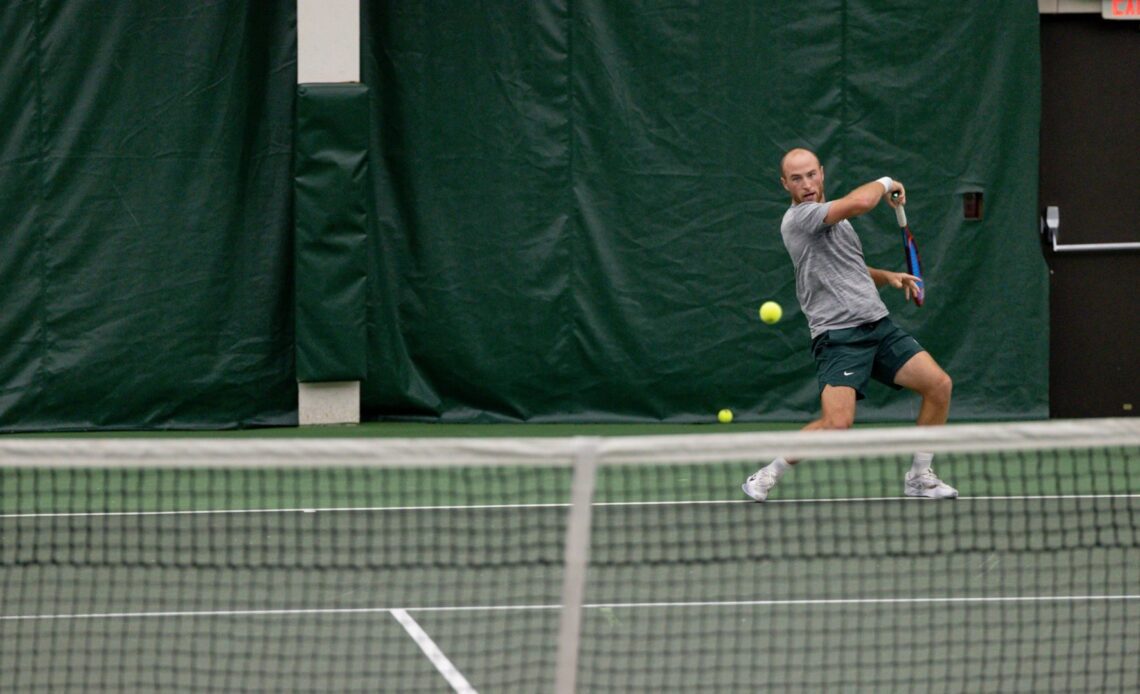 Michigan State at No. 25 Middle Tennessee

Michigan State at No. 24 Auburn

The Spartans take on the Blue Raiders at 6 p.m. ET on Friday and play the Tigers for a 1 p.m. ET match on Sunday. Live scoring will be available on MSUSpartans.com.

MSU returns to action for the first time since November after turning in an impressive fall season, competing in seven tournaments across the three-month season. The Spartans, who were on the road for all but one tournament, picked up several early-season wins before hosting the annual Spartan Invite in late September. Individual performances from freshman duo David Saye and Ozan Baris highlighted the second half of the fall season, with Saye reaching the quarterfinals of the ITA Midwest Regionals and Baris making the consolation semifinals at the ITA All-American Championships.

Baris is currently ranked No. 26 in the latest Intercollegiate Tennis Association singles rankings after recording a 12-5 record in the fall. Baris, whose five losses came against ranked opponents, became the first Michigan State player since April 16, 2019, to appear in the ITA Singles Rankings (Jack Winkler, No. 105).

Middle Tennessee, the reigning Conference USA champions, advanced to the second round of the NCAA Championships in 2022 and ended the season with a 28-5 record. The Blue Raiders also boast the 26th-ranked doubles team in the country in graduate student Francisco Rocha and sophomore Oskar Brostrom Poulsen. Both players are also ranked as individuals.

Auburn also advanced to last season’s second round of the NCAA Championships. Senior Tyler Stice (No. 66) and sophomore Will Nolan (No. 110) earned spots in the most recent ITA Singles Rankings.

Up next, MSU hosts Brown and Bellarmine at noon and 4 p.m., respectively, in a doubleheader on Saturday, Jan. 21. The matches will take place at the MSU Indoor Tennis Facility.