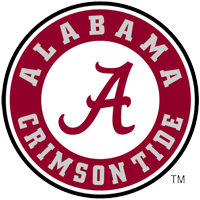 EAST LANSING, Mich. — The Michigan State Spartans earned the first two wins of the Harry Jadun era, knocking off Brown and Bellarmine, 6-1 and 5-2, respectively, in a doubleheader at the MSU Indoor Tennis Center Saturday.

“It was special for me today,” said Jadun. “A lot of my friends and family came out so it was definitely emotional coaching in front of them. Them supporting me was really cool and the outpouring of support from the community has been really great.”

The Spartans move to 2-2 on the season after dropping their first two duals to ranked opponents last week. MSU handed Brown (1-1, 0-0 Ivy League) its first loss of the season, while Bellarmine drops to 0-3 on the year (0-0 ASUN).

Michigan State started the afternoon strong against Brown with bookended doubles wins to take an early 1-0 lead. The opening point came down to the wire as Reed Crocker and Anthony Pero picked up their first doubles win, defeating Niraj Komatineni and Chun Lam, 6-4, to start off the dual at No. 2, while moments later, MSU’s pairing of Graydon Lair and Max Sheldon fell to Alex Finkelstein and Noah Hernandez, 6-3, at the No. 1 position. The Spartans took the point after senior Kazuki Matsuno and freshman David Saye defeated Brown’s Zander Bravo and Sam Feldman 6-4 at No. 3 doubles.