Badgers dig deep in Alabama against No. 2 North Carolina and Samford 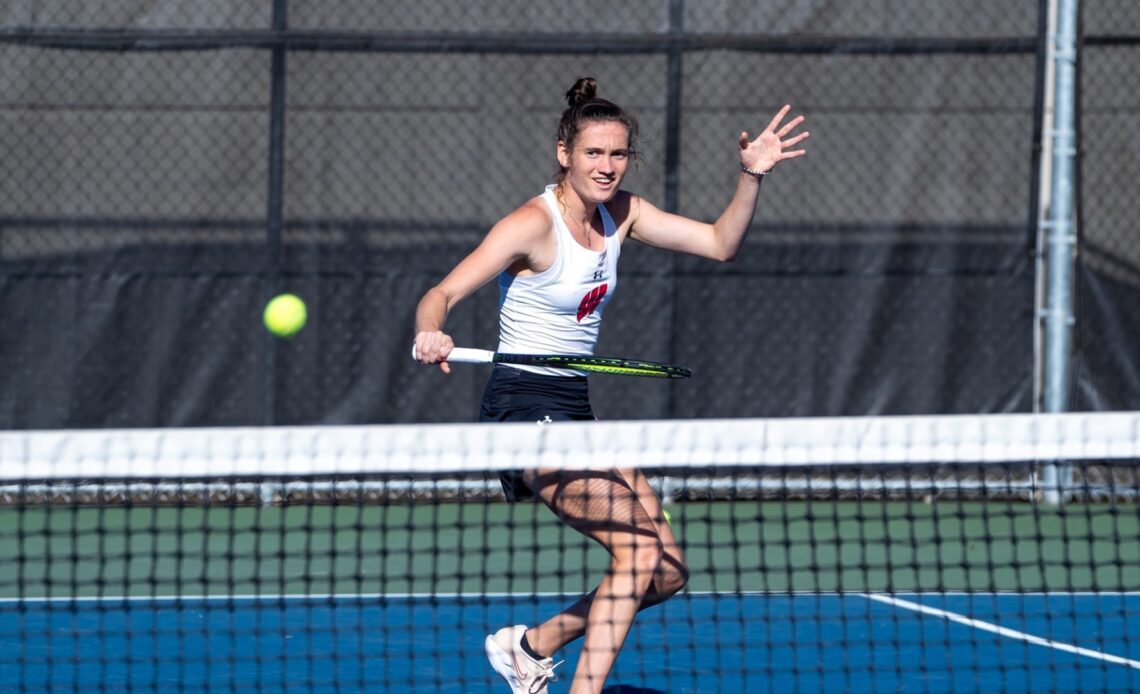 AUBURN, Ala. – The Wisconsin women’s tennis team played two matches back-to-back in Auburn on Saturday, Jan. 21. The team fought hard in both matches and came away with one win and one loss, bringing their overall record to 2-1.

To start the day, Wisconsin faced No. 2 North Carolina. While the Badgers may have lost 6-1, the team showed true grit and a fighting spirit against a very talented North Carolina side. UNC has three ranked singles players, all of which are in the top 10, and yet the Badgers managed to force a third set in three of the singles matches.

Freshman Maria Sholokhova was lined up against the No. 1 ranked player in the country, junior Fiona Crawley, and managed to win the second set and force a third. Ava Markham also pushed her match against No. 8 Carson Tanguilig to a third set after winning the second as well. Xinyu Cai won her match against Anika Yarlagadda in an impressive manner after the UNC player dropped out in the final set. The Badgers certainly did not back down against one of the best rosters in the nation.

Against Samford, the Badgers won 7-0, winning all their games except for one doubles match that was unfinished. Charmaine Seah and Alina Mukhortova put on dominant performances in singles, with Seah beating Cameron Rogin, 6-1, 6-0, and Mukhortova winning against Ally Hayduk, 6-1, 6-2.

In doubles the duo of Sholokhova/Markham and Johnson/Mukhortova both won their matches 6-2 while Apte/Seah did not finish their match.

Next up is the ITA Kickoff Weekend, which starts Jan. 28. The Badgers face SMU on Saturday and then either VCU/Duke on Sunday depending on results.