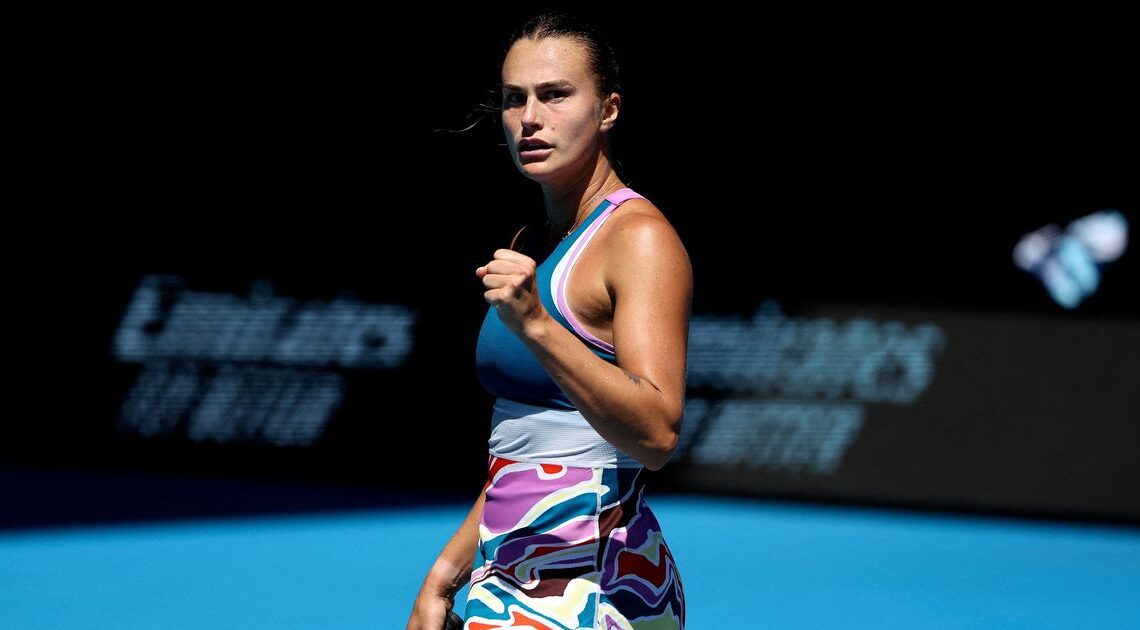 No.5 seed Sabalenka was into the Round of 16 in Melbourne for the third straight season, and she went one better for the first time after ousting No.12 seed Bencic in 87 minutes, coming back from a break down in the first set.

One streak ends, another continues: Both players came into the showdown on seven-match winning streaks, which both included WTA titles in the same city, one week apart.

It was Sabalenka who kept her flawless season going, improving to 2-1 against Bencic in their first meeting since 2019.

Match moments: Big groundstrokes set the tone in the first set. A superb forehand down the line set up Bencic’s early break for a 2-1 lead, and she eventually went ahead 4-2. Sabalenka got the break back for 4-4 with a powerful crosscourt backhand.

Sabalenka maintained the momentum as the opener progressed, holding serve at love for the first time to reach 6-5. A forehand return winner in the next game gave Sabalenka double set point, and Bencic double-faulted to cede the one-set lead to the No.5 seed.

Sabalenka took command with her power game for good with a break for 3-1 in the second set, and she eased to victory from there. Sabalenka finished the match with 32 winners, well outpacing Bencic’s 14 and lined up her next match against Donna Vekic.

Former Top 20 player Vekic of Croatia moved into the second Grand Slam quarterfinal of her career with a 6-2, 1-6, 6-3 triumph over Czech teen Linda Fruhvirtova after 2 hours and 7 minutes of play.

“I knew I had to, one, bring my best level, and two, try to stay with her even if things…