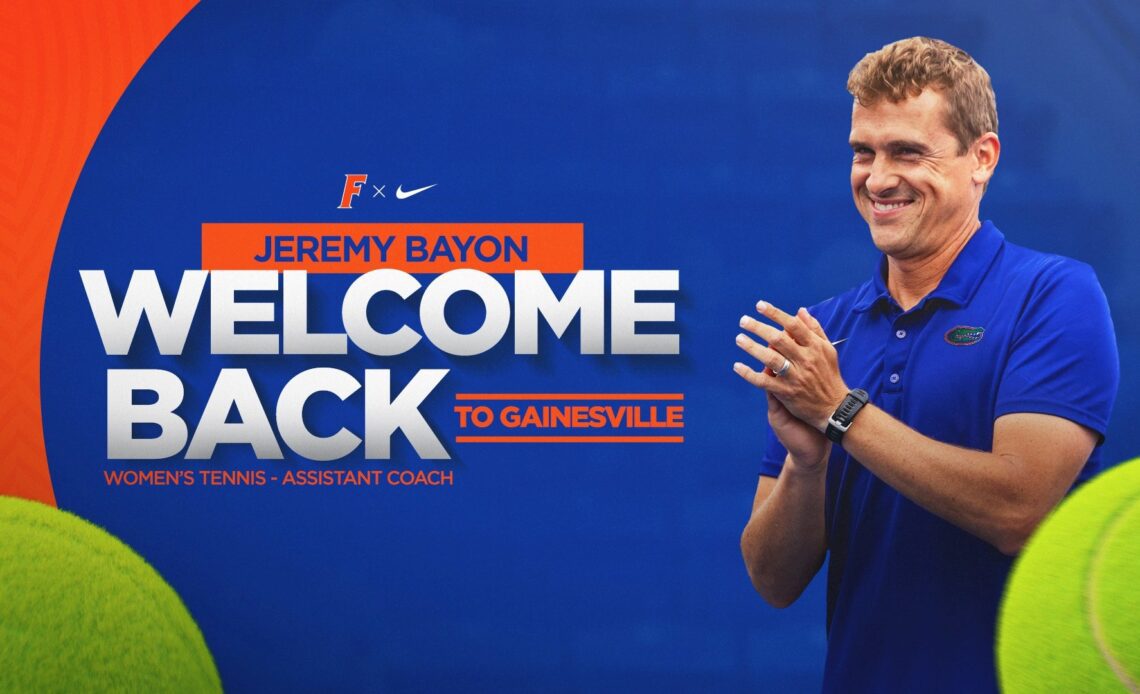 GAINESVILLE, Fla. – Florida women’s tennis head coach Roland Thornqvist has announced the addition of Jeremy Bayon as an assistant coach for the Gators. Bayon returns to Gainesville after previously serving as an assistant for the Florida men’s squad from 2003-2012.

“We’re super excited to bring Jeremy back home,” Thornqvist said. “He was an incredible asset to our men’s program in the years he was here. He’s worked with the highest-level of athletes and I remember Jeremy taking Jesse Levine to Dubai to train with Roger Federer, so we’re really excited to get his expertise here. He has big shoes to fill, Lauren was not only one of the greatest players here, but a fantastic coach as well. Jeremy is going to be Jeremy, though, and I think that’s really important. We can’t wait to get Jeremy back to Gator Nation and get to work this spring.”

Bayon most recently served as the head coach for the Georgia Southern men’s team, taking over the role in June of 2021.

“I would like to thank coach Thornqvist and Florida Athletics for the opportunity to return to the Gator Nation,” Bayon said. “It is a privilege to be a part of a top-five athletic and academic program. I’m grateful to work alongside coach Thornqvist to help our team represent the Gators with intensity and compete at the highest level. Go Gators!”

Much of Bayon’s coaching experience comes from a successful tenure in the Southeastern Conference, first at Mississippi State from 2001-2003 with the men’s team, and then at the University of Florida under head coach Andy Jackson from 2003-2012.

During his stint in Gainesville, he helped the Gators to a Final Four appearance in 2005, as well as winning the SEC tournament championships in 2005 and 2011. The Gators were ranked in the top-10 nationally in eight of his nine seasons with the Orange & Blue. He assisted in producing 15 All-Americans and three SEC Players of the Year.

Following his coaching stint at Florida, Bayon founded the Junior Elite Tennis Academy and worked as the academy director and head coach for three years. After moving to Indianapolis in 2015, Bayon served as the Director of Tennis at the Five Seasons Family Sports Club in 2017 and coached high-performance juniors at the Indianapolis Racquet Club in 2018.

Prior to his stop at Georgia Southern, Bayon spent two seasons at Nebraska as the assistant women’s tennis coach. Bayon made an immediate impact on the program, helping the Cornhuskers to an 11-4 record in a…