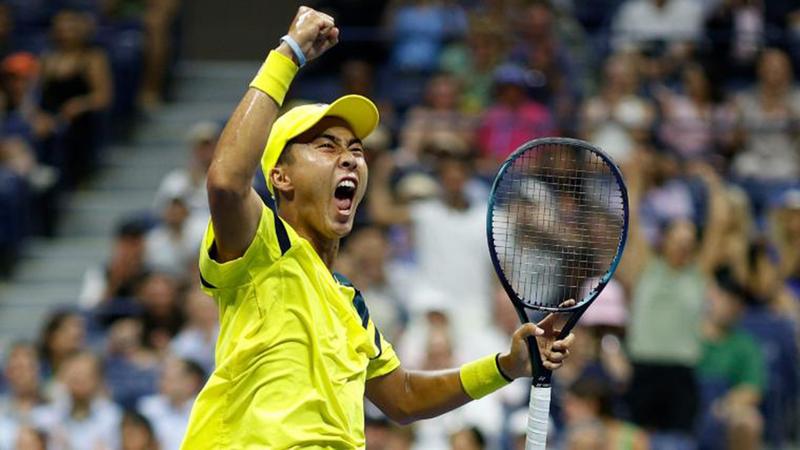 The Australian native earned a spot in the main draw of the 2023 Australian Open, his second consecutive Grand Slam main draw berth after an appearance in the 2022 U.S. Open. He is just the latest Carolina product to make a quick impact on professional tennis.

Hijikata played two seasons as a Tar Heel in 2019-20 and 2020-21, earning All-America honors as a sophomore in 2021 after reaching the NCAA Championship Round of 16. He finished the ’21 season ranked No. 22 nationally in singles after finishing at No. 67 as a freshman in 2020. He was part of the Carolina squad that won the 2021 ITA Indoor National Championship.

Last summer in the final Grand Slam event of the 2022 season, Hijikata played second-seeded Rafael Nadal at the U.S. Open in New York, winning the first set before eventually dropping the match in four sets while making a big splash on an international stage. It was Hijikata’s Grand Slam main draw debut.

GoHeels.com columnist Adam Lucas wrote after the match, “Still a great night for Hijikata and @carolinatennis, which essentially had a three+ hour recruiting spot during the @usopen: come to Chapel Hill, win a title, then play the world’s best.”

Tar Heel Rinky Hijikata taking on all time great Rafael Nadal at @usopen tonight just over a year after playing his last match for @carolinatennis. @cbfowler: “He loved Chapel Hill and said he really got a lot out of it.”

Tied at one set all. pic.twitter.com/j43kjuMqHQ

Tough fight from Rinky, but Nadal ultimately played like Nadal and wins three sets to one.

Still a great night for Hijikata and @carolinatennis, which essentially had a three+ hour recruiting spot during @usopen: come to Chapel Hill, win a title, then play the world’s best.

This weekend, Hijikata will play one of the final matches of the opening day of the Open when he meets Germany’s unseeded…