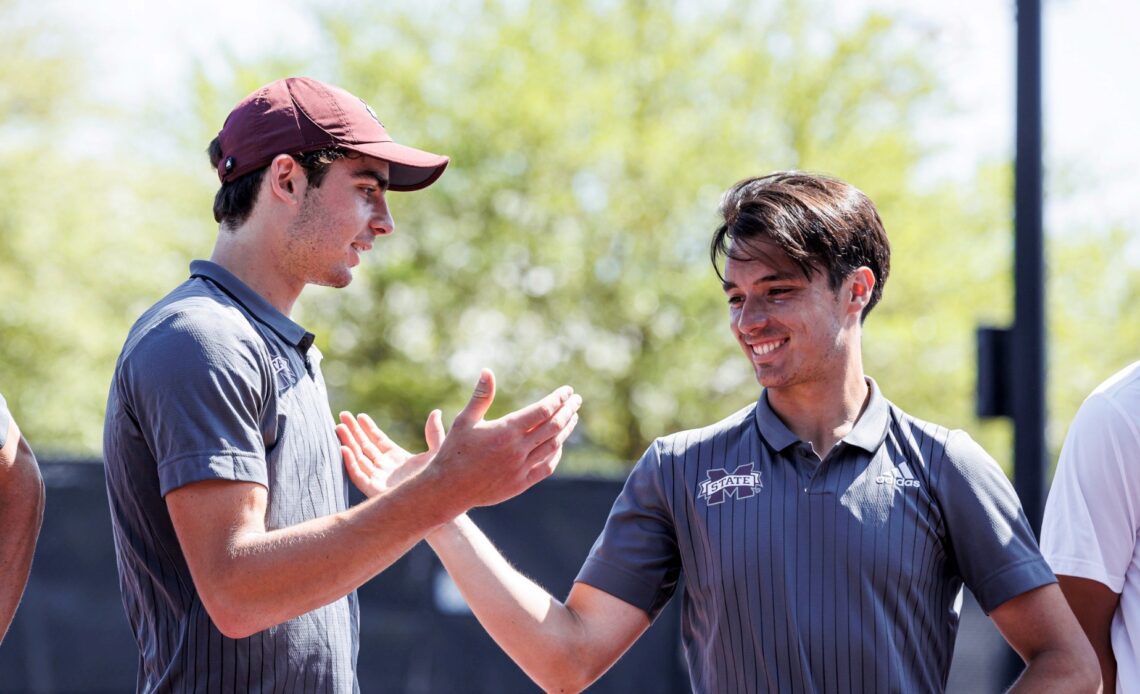 The Mississippi State men’s tennis duo won a pair of doubles matches that surged them into the semifinals and also collected singles victories as well that qualified them for the quarterfinals of the event hosted by the University of Alabama.

Hernandez and Malesevic started things off on Sunday by downing the Crimson Tide tandem of Enzo Arguiard and Matias Ponce De Leon 8-4 in the round of 16. They quickly followed up with a dominant 8-1 victory over Louisiana’s Karlo Kajin and Alejandro Sanchez Gonzalez in the quarterfinals.

Hernandez and Malesevic continued their winning ways on the singles side in the round of 16 later in the afternoon. Hernandez handed a straight-set loss to John Hallquist Lithen of Ole Miss 6-1, 6-3 while Malesevic – ranked 52nd nationally – eliminated Ponce De Leon on his home court 4-6, 6-2, 6-4.

Hernandez and Malesevic, both juniors, will meet the LSU duo of Stefan Latinovic and Nick Watson on Monday at 9 a.m. The winner will qualify for the ITA National Fall Championships in San Diego next month and will take on the Ole Miss team of Lithen and Simon Junk in Monday’s championship final.

The Bulldog duo is also two singles wins away from qualifying for Nationals. Hernandez is set to battle No. 13 Filip Planinsek of Alabama in the quarterfinals on Monday at 11 a.m. while Malesevic takes on LSU’s Welsh Hotard.

But Hernandez and Malesevic weren’t the only MSU players competing in Sunday’s singles main draw. Petar Jovanovic fell to No. 4 Nikola Slavic of Ole Miss 6-4, 6-1 and Ramskogler dropped his match against Planinsek 6-2, 6-1, both in the round of 16.

The Bulldogs also won two of their three singles consolation matches as well. Patrick Lazo prevailed over Taras Ignatiuk 6-4, 3-6, 11-9 and Ewen Lumsden won when Auburn’s Finn Murgett retired due to injury with Lumsden leading 4-1 in the first set.