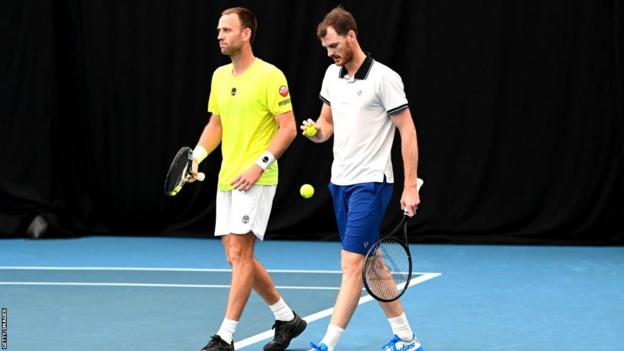 Jamie Murray won his first-round mixed doubles match at the Australian Open after losing in the men’s doubles second round on the same day.

Briton Neal Skupski and American partner Desirae Krawczyk also advanced to the mixed doubles round of 16.

The doubles had been scheduled to start on Wednesday but rain delays meant matches were pushed back a day.

All-British pairing Henry Patten and Julian Cash, who won a record 10 ATP Challenger titles together in 2022, won 6-4 7-6 (8-6) against Matwe Middelkoop and Robin Haase of the Netherlands.

In the women’s doubles Britons Alicia Barnett and Olivia Nicholls lost to Czechs Marketa Vondrousova and Miriam Kolodziejova in their first-round match 3-6 6-3 7-5.