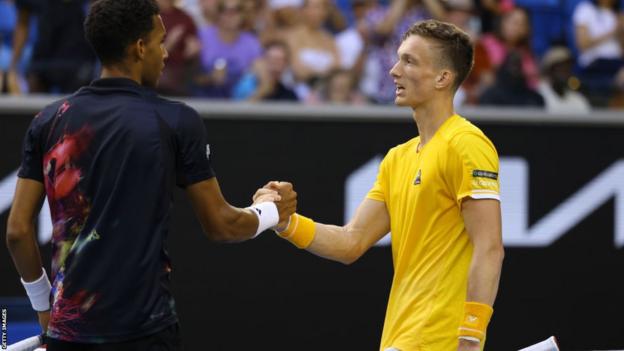 Canada’s Felix Auger-Aliassime became the sixth men’s top-10 seed to exit the Australian Open when he lost to Czech player Jiri Lehecka in round four.

The top two seeds, Rafael Nadal and Casper Ruud, both lost in the second round while two-time finalist Daniil Medvedev was beaten on Friday.

He had not won a Grand Slam match before this tournament but is now through to a first major quarter-final.

Auger-Aliassime becomes the final player to fall to the ‘Netflix curse’, which is supposedly causing players who featured in the recently released series Break Point to bow out of the Australian Open early.