We Want it For U.S. Tennis 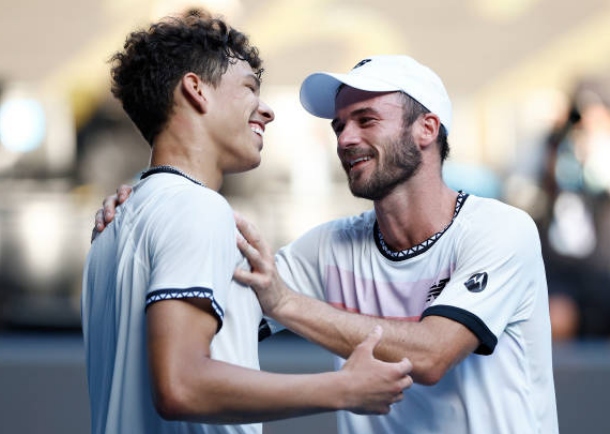 Often overlooked, Paul is comfortable as the underdog facing former world No. 1 Novak Djokovic as both hunt history. Djokovic is chasing his 22nd Grand Slam title to equal rival Rafael Nadal’s men’s major mark, while Paul plays to become the first American man since Andre Agassi in 2003 to advance to the AO final.

Fittingly, Paul is the first American man to reach the final four at Melbourne Park since Andy Roddick in 2009.

That’s because the young Tommy Paul was inspired by Roddick’s run to the 2003 US Open championship that saw him take down David Nalbandian and Juan Carlos Ferrero in succession to follow Pete Sampras as the second straight American man to rule Flushing Meadows.

Riding the high of Roddick’s US Open win, the young Paul wrote Roddick off as a major contender when the American No. 1, who won the Open wearing Reebok, including a shirt that evoked wide-spread comparisons to the New York City subway may, switched to Lacoste.

When Roddick went full crocodile clothing, he jumped the shark as a major contender in the eyes of a seven-year-old Paul.

“We had the posters of him when he won in his Reebok fit. I was actually salty when he switched to Lacoste,” New Balance endorser Paul recalled. “I was like, He’s not going to win another slam now. I thought it was the outfits…

“It was definitely something that I remember, Roddick winning the US Open.”

Now, Paul is making major strides of his own in Melbourne Park—and continuing a recent American anthem.

Echoes of Roddick’s US Open run have echoed in the ears of young American pros since their junior days.

Tuning into the most dynamic tennis of his career, Paul says rising young U.S. stars are aiming to put American tennis back on the major map 20 years after Roddick’s triumph.

“It’s important to me. American tennis is, since I was…