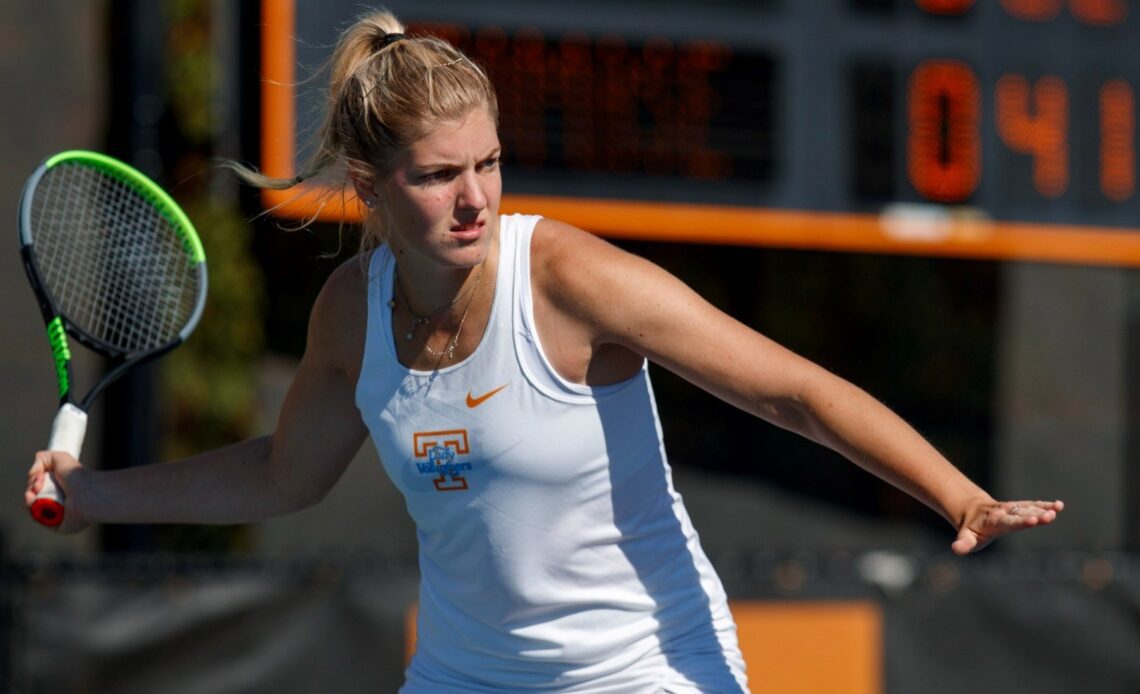 ANN ARBOR, Mich. – In a dominant final day of play at the Michigan Invitational, the Lady Volunteers tennis team took nine of the 10 matches they played Sunday to closeout the tournament.

“We played three really strong teams who all had different styles of play,” head coach Alison Ojeda said, reflecting on the weekend. “It forced our squad to really embrace the fact that we are versatile and, above all, we are willing to compete for every point.”

Competing for every point was exactly what the team did as competition started out with singles against Southeastern Conference foe Ole Miss. Tennessee took 6-of-7 courts it faced the Rebels on, winning in straight-sets on two of them, thanks to Elza Tomase and Lauren Anzalotta who claimed their victories, 6-3, 6-4, and 6-0, 6-3, respectively. Tomase also recorded her second ranked singles victory of the tournament by defeating #73 Ludmila Kareisova. Daria Kuczer also knocked off a ranked opponent in singles, dropping #89 Lillian Gabrielsen, 6-3, 5-7, 1-0 (6).

“Individually, there are a lot of very good things that happened on the court for each of our student-athletes,” Ojeda continued. “We’ve got a good squad and one we are looking forward to competing with once the season starts.”

For the second day in a row, UT’s doubles utterly dominated, cruising past their Ohio State opponents with ease. Both Eleanora Molinaro/Daria Kuczer and Lauren Anzalotta/Elza Tomase bested the Buckeye doubles pairing by a score of 6-2, while Rebeka Mertena/Esther Adeshina topped Kathleen Jones/Kolie Allen, 6-3, to round out the weekend of play for the Big Orange.

Tennessee will now return to the training surface as it begins preparations for its 2023 dual season opener on Friday, Jan. 27, against Wake Forest in Columbus, Ohio, at ITA Kickoff Weekend.

Full match results from the weekend can be found below.