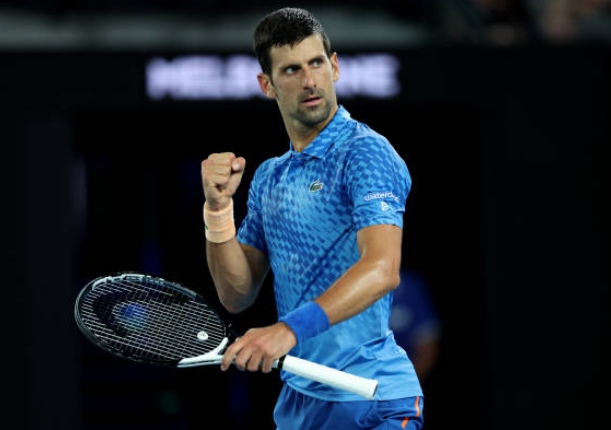 They’re going to be on court for a while.

Nine-time AO champion Novak Djokovic expects Melbourne marathon matches to abound for one simple reason: the Australian Open Dunlop ball fluffs up with use making it tougher to end points.

For that reason, the fourth-seeded Serbian sees this AO shaping up as a war of attrition.

“The tennis ball has changed this year. I mean, it is different from last year,” Djokovic told the media in Melbourne after rolling through 10 of the last 11 games to sweep Roberto Carballes Baena 6-3, 6-4, 6-0 in his AO opener. “I mean, the longer you play, the more rallies you play, the fluffier or the bigger the ball becomes, and it’s slower.”

Dunlop supplies all the tennis balls for use during the Australian Open. Six new balls are used for the five-minute warm-up and the first seven games, with six new balls provided every nine games thereafter.

Players say the slower ball, combined with court conditions, can make it a challenge to punctuate points.

“I saw that Popyrin is playing now over four hours. Ruud played over three-and-a-half hours,” Djokovic said. “I think we are going to see more of those longer duration of matches this year than we have maybe last year.

“One of the biggest reasons will probably be the ball because particularly on the big courts, I don’t think the speed of the surface has changed much. The outside courts are pretty quick. The stadium courts are a bit slower. But the ball is slower. So that affects the play.”

“The speed of the court I think not big difference. The ball, yes,” Nadal said. “I don’t know. They say is the same, but the ball is worse quality, without a doubt. We can’t talk about that any more. It’s what we have. We need to play with it.

“I think it’s a ball that don’t get the same spin as usual. After a couple of hits, the ball lose the pressure. It’s more difficult to hit with the right spin.

“But I think it’s easier to play when you play flatter on the shots. But I need to live with it. I think I practiced enough with the ball to be ready for it.”