Men’s Tennis 2-0 to Start the Season 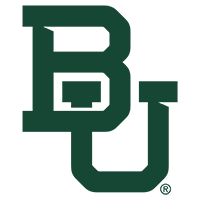 
ASU opened the week with a pair of hidden duals against Illinois Thursday and Friday to get their rackets up to speed. The Sun Devils then played the Shockers Sunday where wins at courts two, three and five along with a doubles point put ASU at 1-0 on the year.

A rare thunderstorm in Tempe then forced the Sun Devil/Bulldog match to play doubles late Sunday evening before picking up singles again the following Tuesday afternoon. The delay didn;t affect ASU though, as the Maroon and Gold swept at courts three, four, and six and claimed the doubles point yet again.

ASU has some rest until the weekend of January 27-28 when the team travels to Waco, Texas, for their ITA Kickoff Weekend at Baylor. The Sun Devils open the tournament January 27 at 5:00 p.m. AZ against Baylor, and will go on to play either Florida State or San Diego the day after at a time that’s yet to be determined. ASU is back home February 3 at 4:00 p.m. to host San Diego.