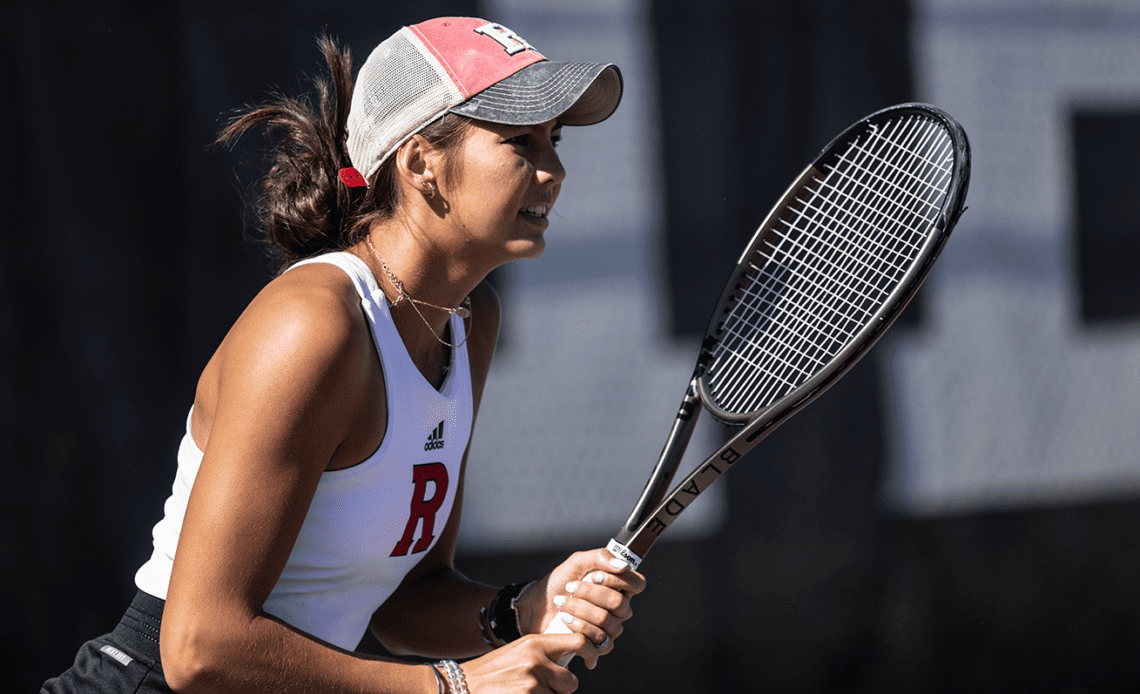 
EAST BRUNSWICK, N.J. — Rutgers tennis opened its 2023 spring season with a 7-0 victory over Bucknell on Saturday evening at the East Brunswick Racquet Club.

The Scarlet Knights looked strong in their return to the court, earning the team doubles point and recording six singles victories.

“I think the team did a great job,” said head coach Hilary Ritchie. “Bucknell made us close out on sets, and we definitely had to focus and come back in a few. I think it was a great start for us, and we have to repeat a good performance tomorrow. We have to turn around and be ready.”

All three doubles pairs picked up victories, helping Rutgers secure the team doubles point. Freshman Arina Valitova and sophomore Jackie Lopez picked up a 6-2 victory at the No. 2 doubles spot to kick things off for the Scarlet Knights.

To clinch the point for the Scarlet Knights, junior Tara Chilton and freshman Mai Nguyen earned a hard fought, comeback win at the No. 1 doubles spot, 6-4. Junior Chloe Brown and sophomore Minchae Kim also earned a victory at the No. 3 spot, 7-5.

Rutgers returns to action tomorrow against Binghamton at the East Brunswick Racquet Club at 3 p.m. ET. The Scarlet Knights are then set to face Drexel on…