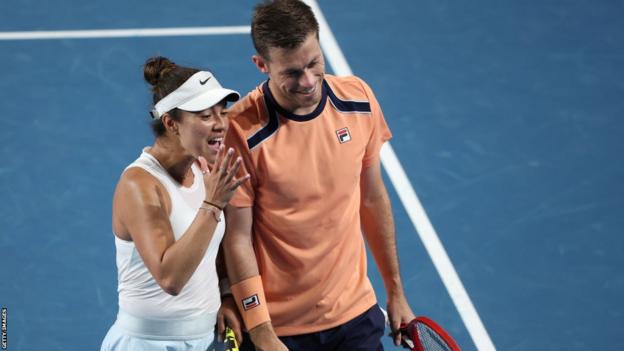 Neal Skupski came out on top in the mixed doubles battle of the Britons as he and American partner Desirae Krawczyk defeated Jamie Murray and Taylor Townsend to reach the Australian Open semi-finals.

Skupski and Krawczyk came from a set down to beat Murray and Townsend – also American – 4-6 6-3 10-5 in Melbourne.

They will face Indian pair Sania Mirza and Rohan Bopanna in the last four.

Skupski and Krawczyk have won the past two Wimbledon mixed doubles titles.

Skupski, 33, plays in the men’s doubles quarter-finals on Wednesday.

He and Dutch partner Wesley Koolhof are the top seeds in the draw and take on Australian wildcards Rinky Hijikata and Jason Kubler.