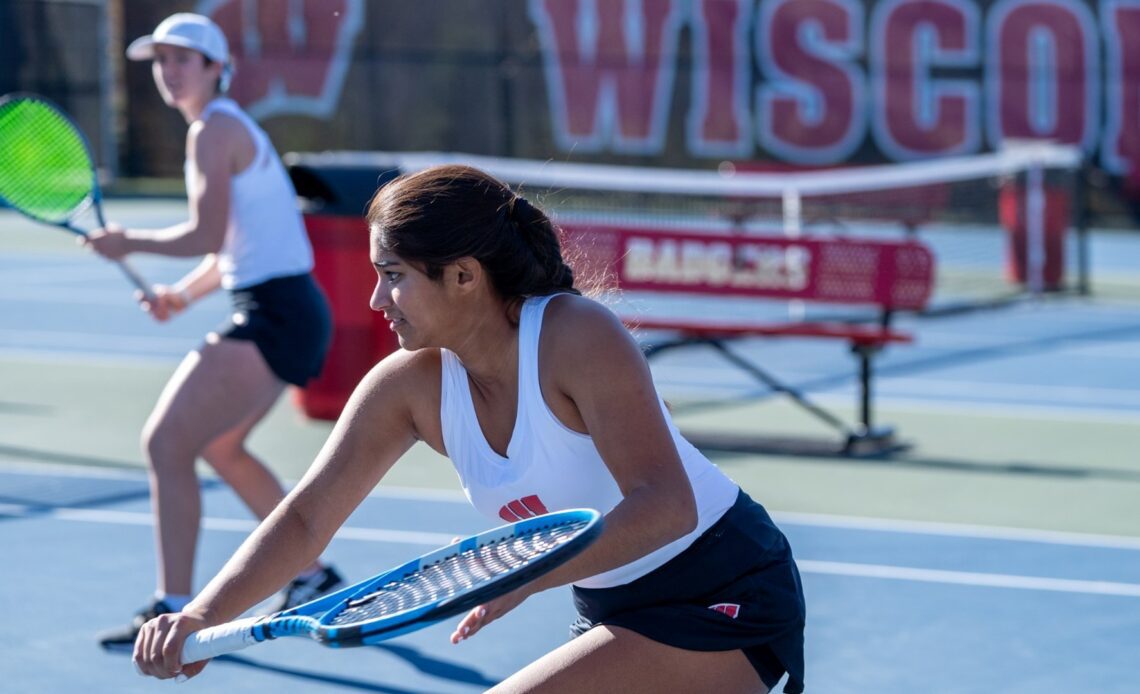 Here are five things to know:

1. I-94 RIVALRY: Wisconsin is 30-4 all-time against its I-94 rival, including last season’s 7-0 win at Nielsen Tennis Stadium. UW claimed the doubles point and swept all six singles match-ups. Current Badgers Xinyu Cai, Taylor Cataldi, Ava Markham, Alina Mukhortova and Charmaine Seah all posted wins that day. Overall, Wisconsin has won each of the last six matches against Marquette, dating back to 2016.

2. RECAPPING THE WEEK: Wisconsin started off the season with a bang at the Carolina Kickoff, from January 13-15. The team went 13-4 in singles and 5-4 in doubles while playing against South Carolina, Georgia Tech, and Wake Forest. A highlight from the weekend included Ava Markham going 3-0 in singles and beating two ranked opponents. Additionally, the Badgers won all six of their singles matches against Wake Forest.

3. ITA KICKOFF WEEKEND: The Badgers will be a part of the 14th annual Intercollegiate Tennis Association Kickoff Weekend, which takes place January 27-30. Wisconsin will be playing in Durham, North Carolina and have been placed in a group alongside Duke, SMU and VCU.