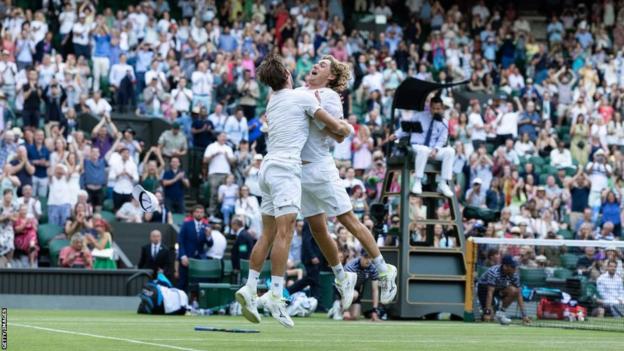 Wimbledon will reduce men’s doubles matches from best of five sets to best of three from this year’s tournament.

The move brings Wimbledon in line with the three other Grand Slams, which stage the event over three sets.

The All England Club, which stages Wimbledon, said the decision was made after a “wide-ranging consultation”.

It added the move would provide “greater certainty” over the scheduling of matches, and encourage more pairs to enter the men’s doubles at the grass-court major.

Prior to Wimbledon in 2022, Nick Kyrgios – who had won the Australian Open men’s doubles title months earlier – voiced his displeasure at having to play five sets at SW19.

The Australian later withdrew prior to the doubles starting in order to prioritise his singles campaign – in which he reached the final.

“I think it is the stupidest thing ever,” he said at the time.