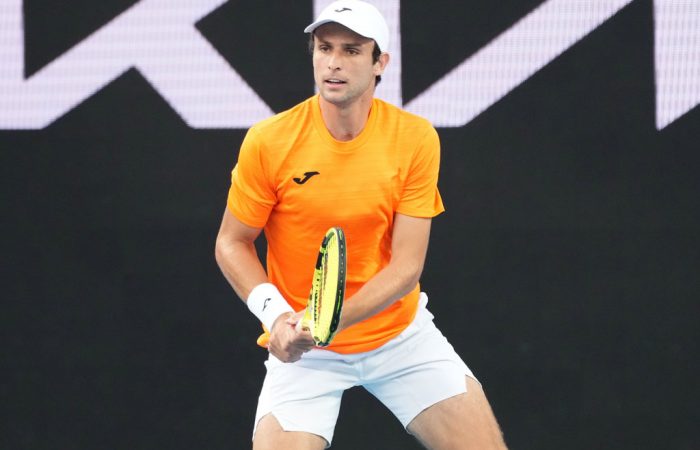 Aleksandar Vukic becomes the 11th Australian man to enter the Australian Open main draw, after an impressive win in the final round of qualifying.

Aleksander Vukic will contest the Australian Open main draw for a third straight year, after victory over the higher-ranked Michael Mmoh win in the final round of qualifying.

The Australian came from behind in both sets to secure his 6-4 7-5 victory in an hour and 50 minutes.

Aleksandar Vukic doesn’t drop a set on his way to qualifying for the @AustralianOpen main draw! 🙌#GoAussies • #AusOpen pic.twitter.com/Uz65wSnzXr

Mmoh, who was the No.9 seed in Australian Open qualifying, took impressive momentum into a second career match with Vukic.

The 25-year-old American dropped just one game in his first-round qualifying win over American wildcard Bruno Kuzuhara and overcame former top-20 ranked Benoit Paire in straight sets in the second round.

Initially it seemed that today’s encounter would be similarly straightforward, with Mmoh immediately claiming a serve break and consolidating to take a 2-0 lead. But when Vukic levelled the match two games later it settled into a tussle for the two evenly matched combatants, who are separated by 20 rankings places.

A double fault from world No.109 Mmoh provided Vukic with a first set point opportunity; sturdier in the bigger moment, the Australian dominated an extended rally and converted after 42 minutes.

The 129th-ranked Australian was similarly composed as Mmoh gained an early second-set service break to take a 3-1 lead. As energy levels briefly appeared to dip for the American, Vukic rallied to level after the sixth game.

The 26-year-old Sydneysider drew on a supportive Court 3 audience as he staved off a consistent challenge from the determined Mmoh, who held eight break points for the match.

But the American would lament the serve struggles that came at just the wrong moments, with a sixth double fault providing Vukic with a pair of match points.

He converted at the first opportunity, with a brilliantly placed forehand winner – Vukic’s 23rd winner in total, as he completed his third straight match win in straight sets.