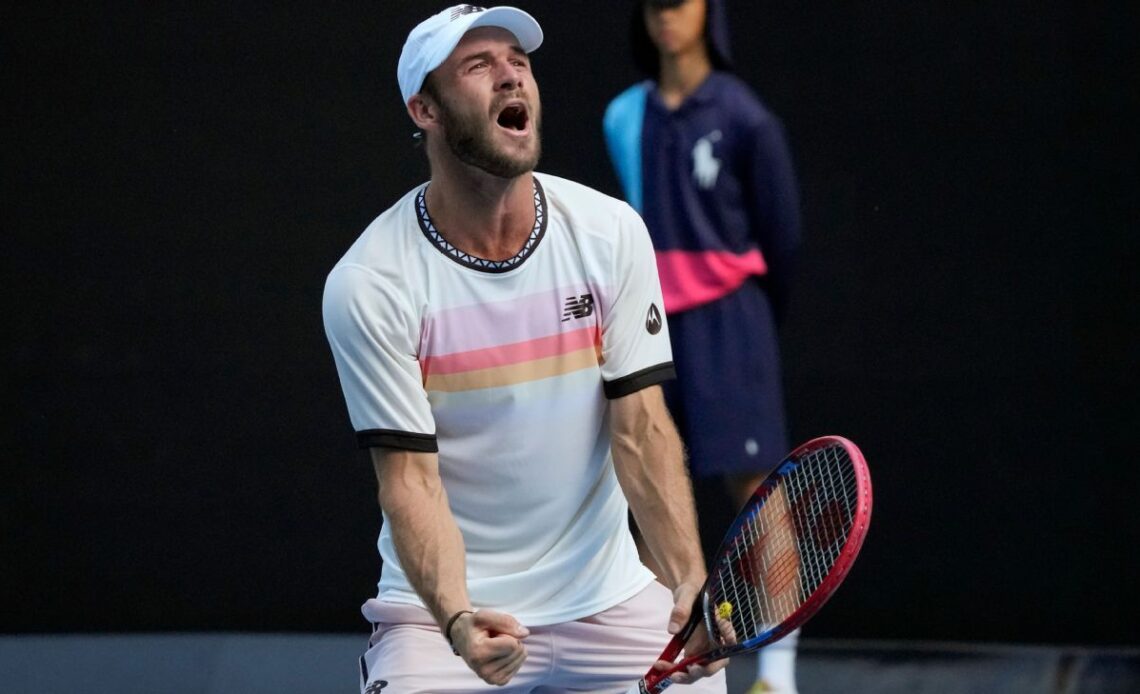 Perhaps that was a product of the fascination with the out-of-nowhere Shelton: Just 20, and less than a year after winning an NCAA title for the University of Florida, he was traveling outside of the United States for the first time and participating in his second Grand Slam tournament.

So the loud shouts of support heard most often at Rod Laver Arena on Wednesday under the sun that carried the temperature to 87 degrees Fahrenheit were for one of the pair: “Let’s go, Benny! Let’s go!” or “Benny, Benny, Benny! Oi, Oi, Oi!” or “Go, Gators!”

“He had a pretty good trip,” Paul noted.

Paul’s story is a pretty good one, too, and it is the one that will keep going at Melbourne Park: The 25-year-old from New Jersey was a star in the juniors and now is making good on that promise in the pros, using a 7-6 (6), 6-3, 5-7, 6-4 victory over Shelton to reach his first Grand Slam semifinal in his 14th appearance at a major.

As a bonus, Paul’s mother was in the Rod Laver Arena stands for the biggest victory of his career. He said Mom booked a flight after he won his fourth-round match, then went straight from work to the airport to make the long journey from the U.S. to Australia.

“Making it to the second weekend of a Slam, that’s everyone’s dream when they start to play tennis,” the 35th-ranked Paul said, “so I can’t believe I’m here right now.”

His path to this point went like this: He broke through as a teenager, taking the 2015 junior title at the French Open and getting to the final at Flushing Meadows that year, too. Since turning professional, he has claimed one tour-level trophy, at Stockholm in 2021, and, until this week, had made it as far as the fourth round at just one Grand Slam tournament — at Wimbledon a year ago.

Now Paul is the first man from his country to make it to the final four at Melbourne Park since Andy Roddick in 2009. Roddick was also the last man from the U.S. to win a Grand Slam singles championship, at the US Open 20 years ago.

Based purely on ranking, Paul offered a much sterner test than anyone Shelton had faced in Australia: His prior opponents were…