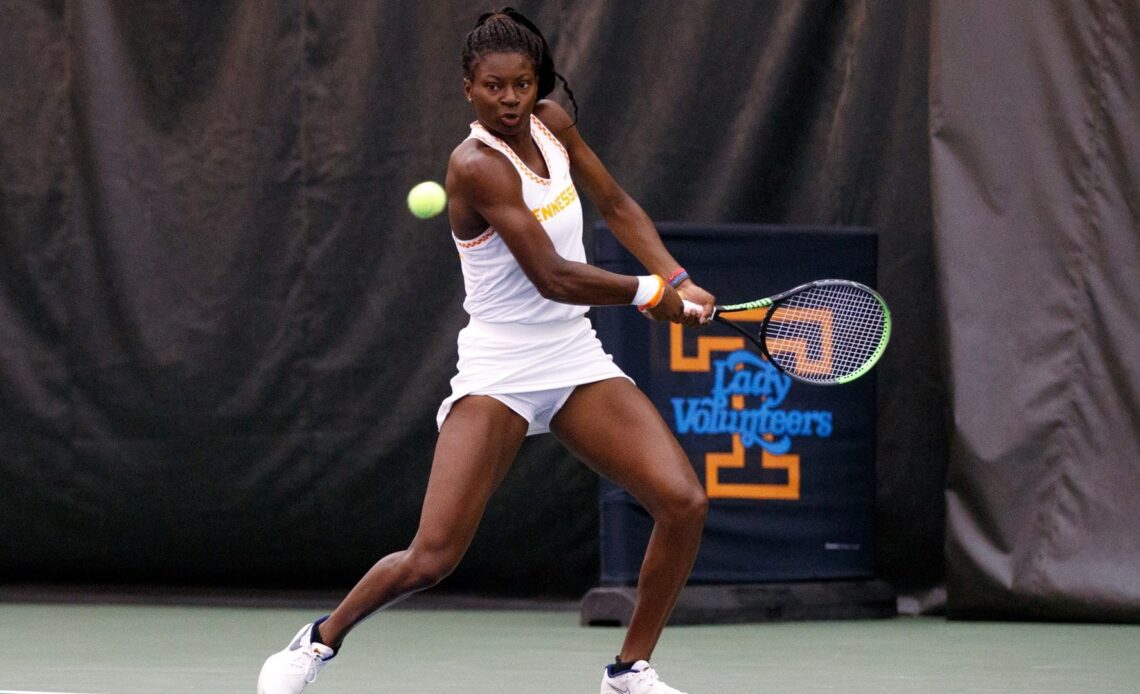 “Competition is at the heart of why we do what we do everyday, and it feels wonderful to be back at it,” head coach Alison Ojeda said. “Tomorrow we will face some familiar opponents in Ohio State, Michigan and Ole Miss. We know they will all compete for every point, so I’m looking forward to coaching our squad tomorrow against other well-coached programs.”

The event will mark UT’s first competition since the ITA National Fall Championship in San Diego played in early November. Three of the four squads competing currently are positioned in the ITA Women’s Preseason Top 25 Coaches Poll, led by Ohio State at No. 17. Following the Buckeyes are the hosts, Michigan, who are tied for 20th, and the Lady Volunteerss round out the ranked teams, holding the No. 24 position.

Fifteen individuals from the respective teams currently sit inside the end-of-fall singles rankings while two doubles pairs also landed on the charts. Michigan has the ranked most players with seven singles players and a doubles pairing. Ohio State brings in three ranked singles and a ranked doubles pair while Ole Miss holds a pair of ranked singles.

For Tennessee, three singles competitors will open the spring on the ITA rankings which released on Nov. 16. Daria Kuczer, holding her highest-career ranking, tops the list at No. 55, followed by ITA Ohio Valley Regional Singles Champion Elza Tomase at No. 68 while 76th-ranked Rebeka Mertena puncutates the list.

Tennessee is currently slated to face Ole Miss on April 14 in Oxford, Miss. for the final weekend of the regular season. The Lady Volunteers could also face Ohio State at ITA Kickoff Weekend in the second match of the Columbus Regional, depending on the results of Day 1 action.

Information on live stats and streaming can be found at utsports.com or on the official team social media pages. Live scoring and video can also be accessed HERE. For all the latest information from Lady Vol Tennis, follow the team on Twitter @Vol_WTennis, Instagram @vol_wtennis or Facebook.

The schedule of play can be found below.