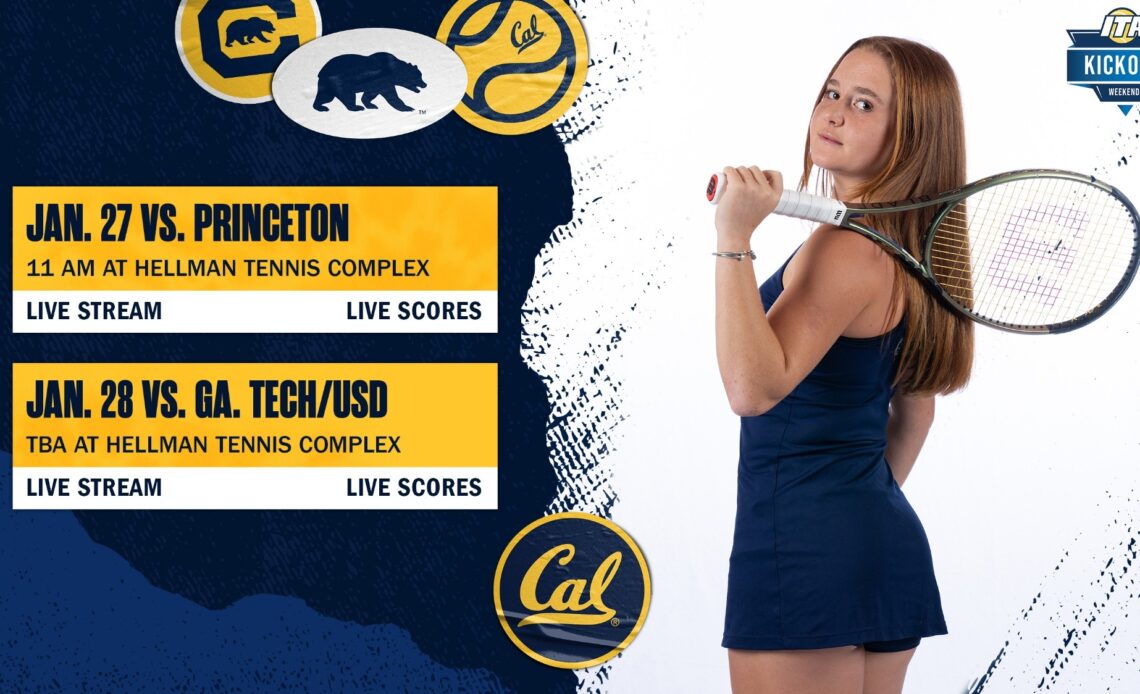 Katja Wiersholm and the Bears welcome three talented teams to Berkeley for the ITA Kickoff Weekend.


BERKELEY – With a berth to the ITA National Team Indoor Championship at stake, the 12th-ranked California women’s tennis team hosts the ITA Kickoff Weekend Friday and Saturday at the Hellman Tennis Complex. Princeton, No. 25 Georgia Tech and San Diego vie with the Golden Bears for one of 15 spots up for grabs to the national indoor tournament, which is slated to take place from Feb. 10-13 at the University of Washington in Seattle.

UW has already earned a 16th berth to national indoors as the host.

Admission is free for regular-season tennis at Hellman. Live streams and scores for the six Hellman courts are available by clicking here. Fans can also follow updates of all four matches at Hellman on Twitter at @CalWomensTennis.

2022 ITA Kickoff Weekend: Bears Sweep Way To National Indoors
Cal beat BYU, 4-0, and then Vanderbilt, 4-0, in the 2022 ITA Kickoff Weekend to qualify for the ITA National Team Indoor Championship. Haley Giavara clinched the win over the Cougars with a 6-4, 6-4 result over Leah Heimuli, while Giavara and Valentina Ivanov clinched the doubles point with a 6-2 victory over Heimuli and Helen Jiao.

Bears Beat Gauchos In Opener
Cal defeated UC Santa Barbara, 6-1, in its 2023 dual-match opener on Jan. 21 in Berkeley. Hannah Viller Moeller clinched the victory with a Marta Gonzalez-Ballbe, 6-0, 6-1, at court-four singles. Haley Giavara and Erin Richardson clinched the doubles point when they defeated Gonzalez-Ballbe and Camille Kiss, 6-3, on court two.

Poll Position
Cal was ranked No. 12 in the Jan. 18 ITA poll. In the most recent individual ITA polls,