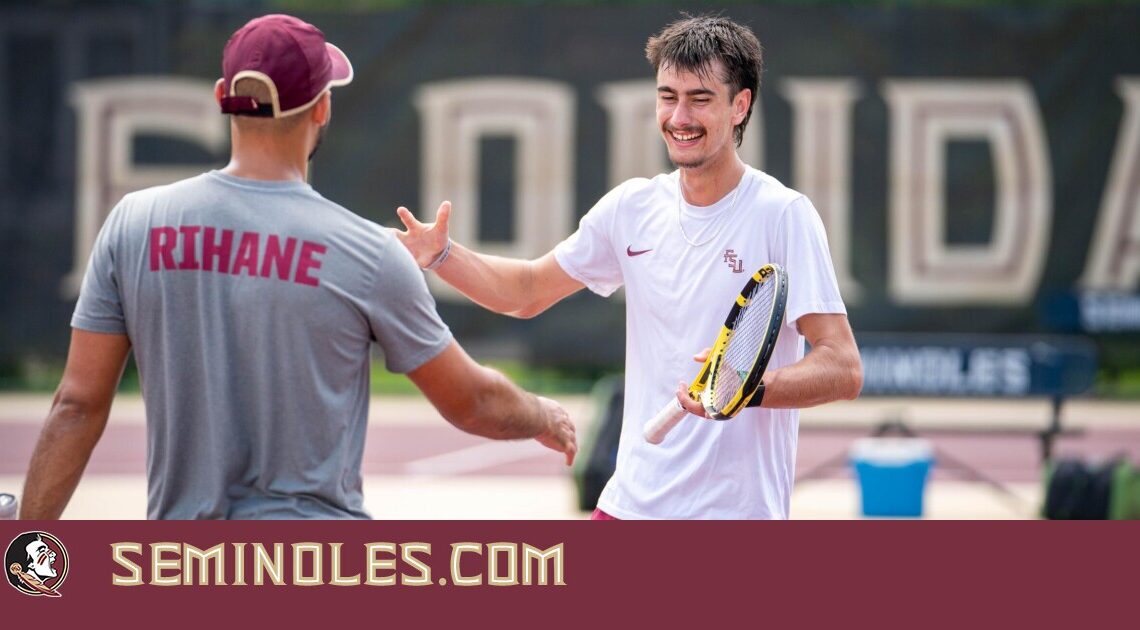 In their last match, the Seminoles defeated No. 7 Georgia 5-2 and improved to 3-0 on the season after sweeping the opening weekend in Hawai’i.

Florida State is led by junior Antoine Cornut-Chauvinc, who is the No. 12 singles player in the nation. All three of his singles wins this season have been over ranked opponents, including the No. 1-ranked singles player Ethan Quinn from Georgia. Youcef Rihane, ranked 24th nationally, is also 3-0 in singles play. Sophomore Jamie Connel, who is ranked 53rd in the country, is 2-0 with a win against Georgia over the 21st-ranked player nationally. Junior Andreja Petrovic’s two wins also include a ranked victory over the 70th-ranked singles player.

FAU has two doubles pairs in the national rankings. Nicolas Acevedo and Filip Krolo are 32nd, and Kevin Huempfner and Hunter Robbins are the country’s No. 51-ranked doubles duo. Huempfner also is 112th in the national singles rankings. The Owls, who will be playing on the road for the first time in 2023, are 2-1 this season with wins over Rice and USF. Florida State is 17-0 all-time against FAU.

Admission to matches at the Scott Speicher Memorial Tennis Center is free. Live video and live stats are available on Seminoles.com.

For more information on the Seminole Men’s Tennis program, check Seminoles.com and follow us on social media at FSUMTennis (IG) and @FSU_MTennis (TW).