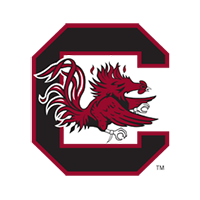 UNC didn’t lose a set in singles or doubles in either match, winning every individual matchup in straight sets while experimenting with different lineups and doubles combinations throughout.

Carolina began the day by blanking Campbell, 7-0, before beating North Carolina Central, 7-0, in the nightcap. The Tar Heels are now 2-0 in 2023, while the Fightin’ Camels and Eagles both fell to 0-1.

UNC, ranked No. 18 and one of six Atlantic Coast Conference teams in the preseason Intercollegiate Tennis Association Top 25, came into the season with high expectations. The team returned all but two of its regulars from a 2022 lineup that won 12 of its final 16 matches and reached the NCAA Championship Round of 16 for the eighth consecutive time.

The 2023 roster also features four gifted newcomers in graduate transfers Karl Poling and Ryan Seggerman and freshmen Will Jensen and Benjamin Kittay, all of whom made nice debuts on Thursday.

Against the Camels, Poling and Jansen cruised to a 6-3 win at No. 3 doubles, followed by wins by…