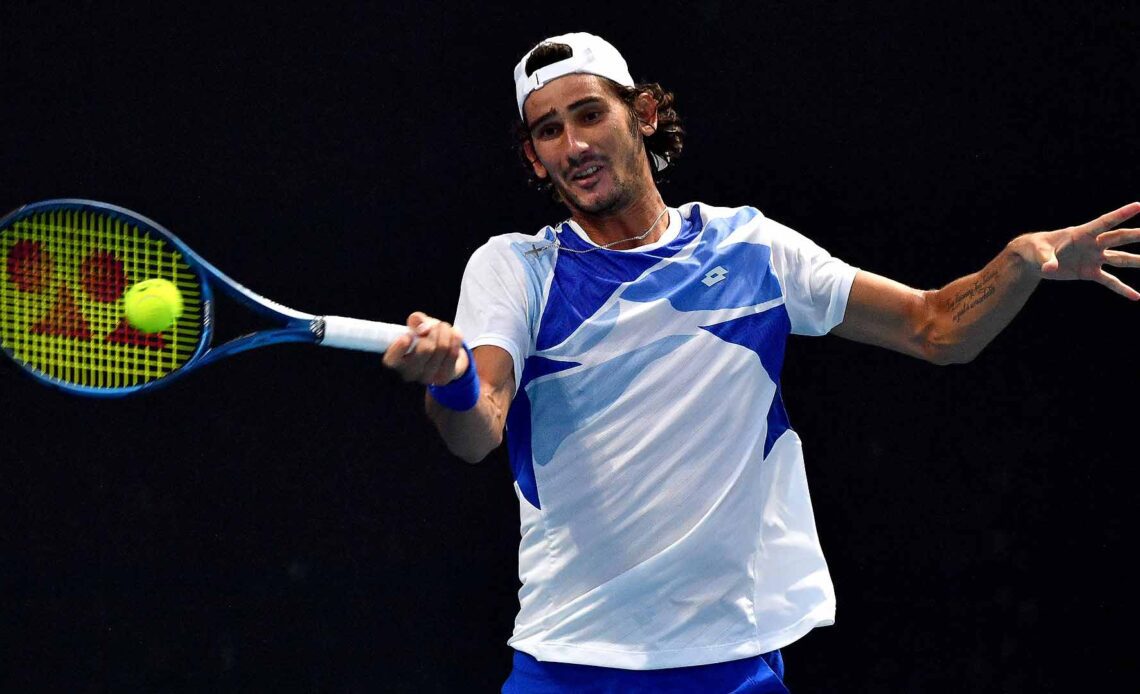 Lloyd Harris reached a career-high No. 31 in the Pepperstone ATP Rankings in September 2021. The South African had just made the quarter-finals at Wimbledon and a month earlier defeated Rafael Nadal.

Less than a year later, Harris was at his lowest low — he had torn the Triangular FibroCartilage Complex in his right wrist. After taking some time to contemplate the injury, he underwent surgery in June.

“I think the hardest thing was to accept it mentally. Physically there was a problem. I was limited,” Harris said. “I was in a lot of pain and playing with a lot of pain. I knew what had to be done, and it was hard for myself to accept it. But as soon as I did the surgery, I think I went to a new page in the book.”

Just before going into surgery, Harris’ medical team discovered he had torn another tendon off the bone that runs across his wrist. Both were repaired in the operation.

“I actually felt happy. I was excited that we’re going to get rid of that pain, and I could get back to playing and enjoying the game I love,” Harris said. “Actually I feel like I learned so much and could reflect so much. I think it just makes me better as a player and a person, through all the things I’ve been through in the past few months. It was really hard work, but it’s part of it.”

Harris did not compete the rest of the year as he rehabbed his wrist. The 25-year-old made his return earlier this month at two ATP Challenger Tour events in Nonthaburi, Thailand, where he won seven of nine matches to climb from World No. 237 to No. 186.

But the real start of his new chapter came Monday evening at the Australian Open. Facing a talented foe in 17th seed Lorenzo Musetti, the South African sprinted to a two-set lead and moved ahead 4-1 in the third set.

Suddenly, a reenergised Musetti found his rhythm and the pair were locked deep in a fifth set, with Harris eventually winning the final-set tie-break. After clinching victory with his 55th winner of the match after three hours and 48 minutes, Harris ripped off his hat with a wide smile and three times yelled “Come on!”

“It’s very special, honestly. Obviously at some point in the match things weren’t going my way, from being up and then it started — the momentum shifts completely. Just [proud of] the way I battled and fought and enjoyed the moment,” Harris said. “Winning in the end felt super special. I was a bit emotional. Like, very excited, very happy along with the team because we…