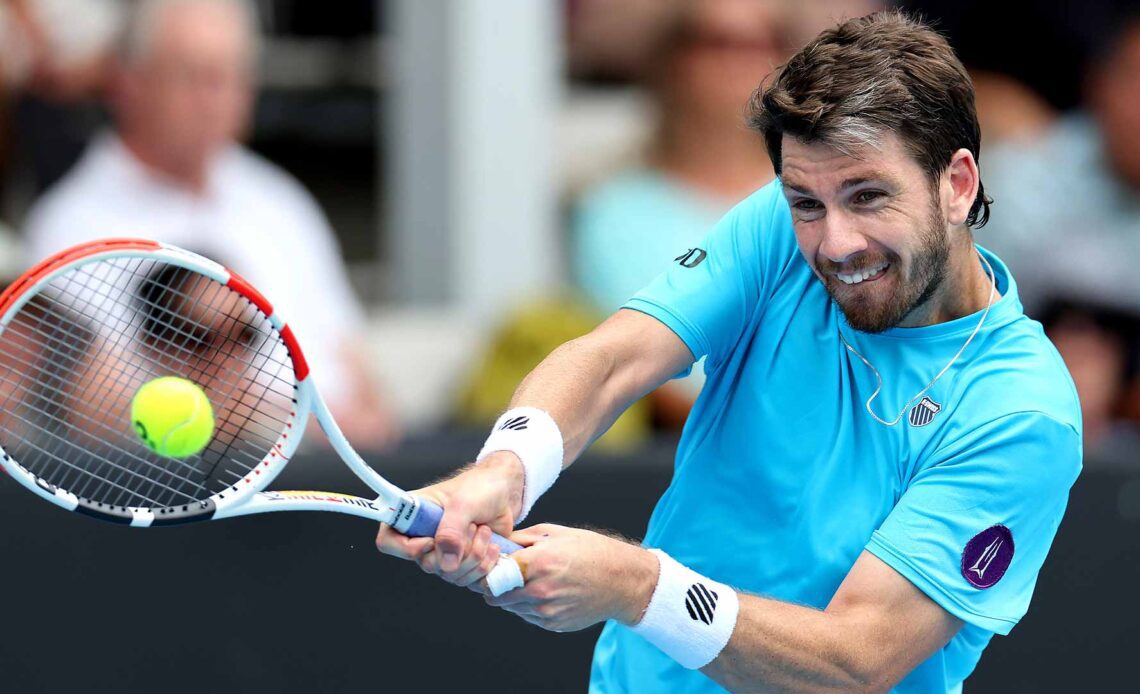 Cameron Norrie maintained his unbeaten start to the 2023 season on Wednesday at the ASB Classic in Auckland, where the second-seeded Briton fended off a stiff second-round challenge from Czech rising star Jiri Lehecka to reach the quarter-finals with a 6-4, 6-7(4), 6-3 victory at the ATP 250 event.

The persistent stop-start rain that has affected the schedule this week in the New Zealand capital was again a factor in Wednesday’s play, and Great Britain’s Norrie found himself in a second-round battle after 2022 Next Gen ATP Finals runner-up Lehecka produced a strong second-set tie-break to force a deciding set in a match featuring several interruptions and eventually a move indoors due to the weather.

“It was nice to get it out of the way,” said Norrie, who is now 4-0 for 2023, after his two-hour, 45-minute win. “It’s tough on the concentration, obviously throughout the match I had to stop and start, even on the court. You’re constantly thinking if you’re going to slip on the lines and it’s not easy.”

As well as navigating the tough conditions, Norrie was delighted to come through his opening match in the country where he lived from the age of two to 16.

“Obviously, there were [some] nerves in me,” said Norrie. “Coming back to New Zealand I wanted to play well in front of everyone, and Jiri’s a great player. So, it was not easy, and credit to him in that second set for playing a really good tie-break. He really took it to me, but I really enjoyed the time on the court.

“[It is] good to be back in New Zealand, just a little bit disappointed I couldn’t talk in front of everyone. Everyone was very patient with the rain, not just us, but I’ll take the win and nice to serve it out the way I did in the end.”

From Fan To Title Favourite, Norrie At Home In Auckland

Jenson Brooksby had earlier advanced to the quarter-finals on tournament debut after third seed Diego Schwartzman was forced to retire from the pair’s second-round clash with the American having taken the first set 6-1. Brooksby will meet Frenchman Quentin Halys, a 6-3, 6-2 winner against #NextGenATP American Ben Shelton, in the last eight.