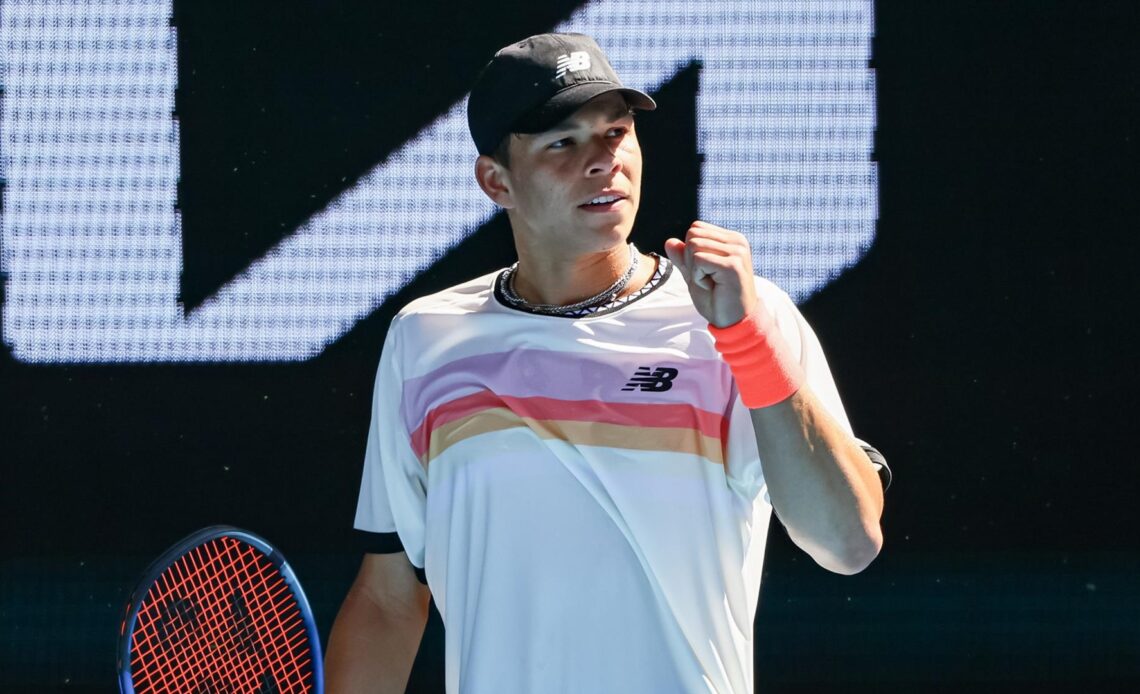 GAINESVILLE, Fla. – Ben Shelton’s run in his Australian Open debut was immaculate. Unseeded going through just his second main draw of a grand slam, Shelton reached the quarterfinal down under. The Gainesville, Fla. native bowed out 7-6 (6), 6-3, 5-7, 6-4 as fellow-American Tommy Paul was able to stunt the comeback attempt.

Never before had a former Gator reached the Round of 16 at a men’s grand slam, let alone a quarterfinal. An Australian Open debut the world of tennis will never forget, Shelton defied everyone’s expectations of him. Even his own.

“I definitely exceeded my expectations this week, what I thought I could do on the court – not just tennis-wise but physically being able to get through as many three-out-of-five-set matches as I did,” said Shelton. “I mean, I’ve only played one before in my career. I was pretty pleased with myself in that aspect, as well.

To put things in perspective, a little over a year ago the Florida Gators were three matches into its 2022 season. Shelton was only playing No. 3 singles at the time. Now, he has rocketed up the Pepperstone ATP Live Rankings to No. 43 in the world.

Now with the opportunity to play any tournament he likes, Shelton will return to the United States to play in either the Dallas Open (Feb. 6) or Delray Beach Open (Feb. 13) before turning his sights to the red clay and grass for the first time in his career.

Ben Shelton Down Under