Australian Open 2023 – Nadal is out, but vows another comeback 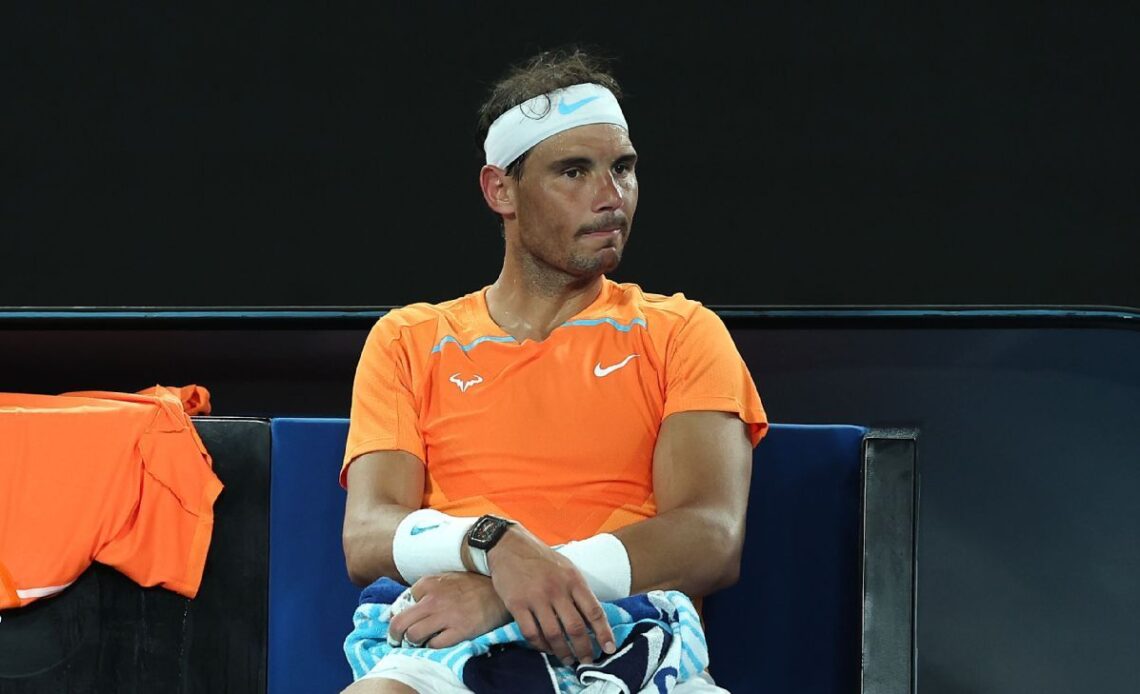 MELBOURNE, Australia — A despondent Rafael Nadal dipped his head and appeared to fight back tears as he sat courtside on Rod Laver Arena, trailing American Mackenzie McDonald 4-6, 4-5 in the second round of the Australian Open. His eyes locked with wife Xisca, who was having no luck hiding her emotion in the players’ box.

Nadal stood before trudging off court and back through the tunnel to undergo an injury timeout.

Moments earlier, the Spaniard had pulled up in pain when chasing a ball at the back of the court. He winced in agony and promptly dropped to his knees after appearing to injure his hip. It looked like he was finished.

Nadal received a raucous applause when he returned to the court, and the decibels rose even higher once he reached for his racket and headed to the far baseline, readying himself to play on.

McDonald promptly wrapped up the second set to double his advantage, but a clearly hampered Nadal was going to make his opponent work for this victory. Nadal was hurting, physically and emotionally, but refused to throw in the towel — something that just doesn’t appear to be in his DNA.

Despite a gutsy third set from Nadal, it was McDonald who again came out on top, securing the match 6-4, 6-4, 7-5. The reigning men’s champion had been knocked out of the draw, but his fight and determination endeared himself to all.

“To be the defending champion here, I didn’t want to leave the court with a retirement,” Nadal later said. “I tried until the end. I was not able to hit the backhand at all. I was not able to run for the ball. [Winning] was not possible, but I just wanted to finish the match.

“Try your best to the end. That’s the philosophy of the sport. I tried to follow that during my tennis career.”

Nadal will undergo scans in the coming days to determine the extent of his injury before committing to any upcoming tournaments.

“I have history in the hip, [but] I don’t know if it’s a muscle, if it’s the joint, if it’s the cartilage,” he said. “Hopefully it’s nothing too bad. I really hope that it doesn’t put me out of the court for a long time, because then it’s tough to make all the recovery again. I went through this process too many times in my career. It’s not only the recovery, it’s all the amount of work that you need to put together to come back at a decent level.”

Nadal’s injury setback is the latest chapter in what…