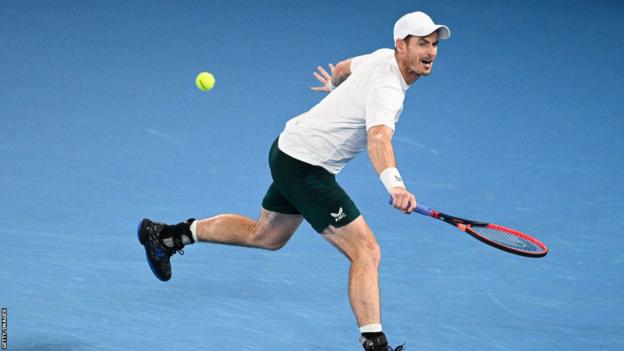 Britain’s Andy Murray will aim to reach the third round of the Australian Open for the first time in six years on Thursday but rain delays meant he had to wait to learn of his opponent.

“Andy is someone I respect a great amount,” said Kokkinakis, 26.

He faces Murray in the second night-session match on Margaret Court Arena.

“He was someone when I came on to tour that was always willing to give some advice. We get along really well,” added Kokkinakis.

“I remember watching him when I was younger, thinking this dude looks moody as hell, he looks miserable.

“Then when you get to know him, he is actually a ripper bloke and a good guy.”

Kokkinakis beat Fognini 6-1 6-2 6-2 in a match that took place across 24 hours due to several rain delays, while former world number one Murray pulled off a dramatic five-set win over Italian 13th seed Matteo Berrettini on Tuesday. 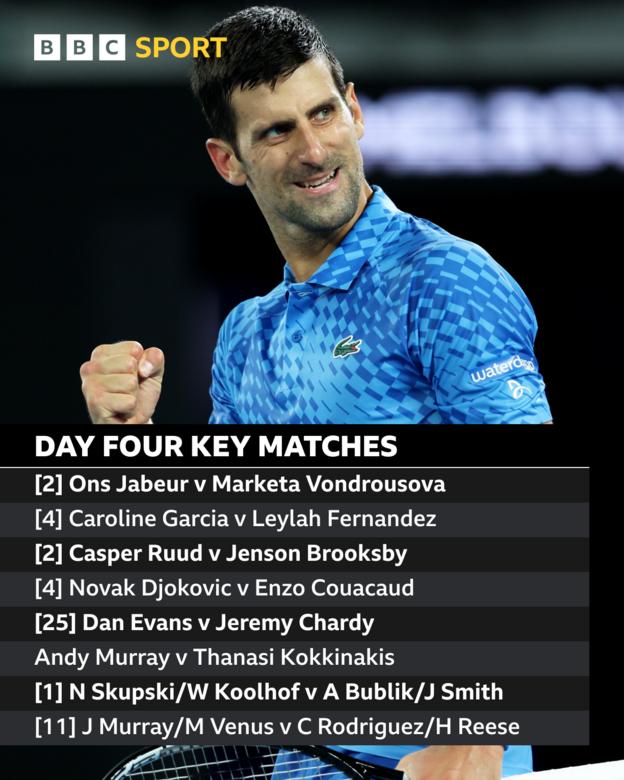 British number two Dan Evans will face Frenchman Jeremy Chardy at 00:00 GMT as he aims to reach the third round of the tournament for a second successive year.

Men’s second seed Casper Ruud is in action against Jenson Brooksby, while former world number two Alexander Zverev will look to build on his first singles win since returning from injury against Michael Mmoh.

In the women’s draw, Tunisian second seed Ons Jabeur will aim to join world number one Iga Swiatek in round three when she faces Czech player Marketa Vondrousova.