No. 6 Blue Devils Set for Season Opener Friday Against Furman 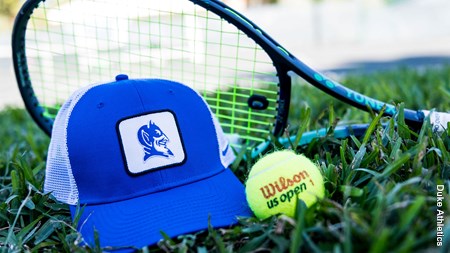 DURHAM – The sixth-ranked Duke women’s tennis team will open the 2023 spring slate Friday, Jan. 13 as the Blue Devils host Furman in the Sheffield Indoor Tennis Center at 4 p.m.  Duke head coach Jamie Ashworth enters his 27th season at the helm of the Blue Devils and features one of his most talented rosters in 2023.

The Series with Furman

Duke and Furman will meet for the 16th time in school history with the Blue Devils leading the series 15-0 overall. The two schools will meet for the fourth time since 2018.  In matches played in Durham, Duke holds a 10-0 ledger.

In the last matchup in 2022, Duke took the contest, 6-1, in Greenville, S.C. The Blue Devils won the opening doubles point and then transitioning to singles, Duke was in control, taking 5-of-6 matches to secure the win.

Duke Versus the Southern Conference

The Blue Devils are 17-2 all-time versus the Southern Conference and are on a current 16-match win streak against SoCon foes.

Furman will head to Durham for the season opener with a couple of familiar faces.  Head coach Michelle Dasso was an associate head coach with the Blue Devils the past three seasons, while assistant coach Kelly Chen was one of Duke’s winningest players of all-time collecting a 134-48 record over the last five years.

The Paladins finished the 2022 season with a 22-7 overall record and claimed the SoCon’s automatic bid to the NCAA Tournament by capturing its 21st league title.  Furman, which made its 14th appearance in the NCAA Tournament, return the reigning SoCon Freshman of the Year, Sara Snyder,…