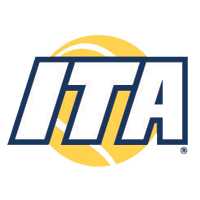 vs. SMU vs. Mississippi State

vs. SMU vs. Mississippi State

ORLANDO, Fla. – The No. 17-ranked Florida men’s tennis team picked up a 6-1 victory Saturday evening over UCF at the USTA National Campus.

The Gators were dominant in the doubles point to kick off the match and secured an early lead 1-0. At No. 2, No. 10 Tanapatt Nirundorn/Togan Tokac controlled all six games as the pair converted three break points to bagel Paul Colin/Luca Hotze, 6-0 for their first dual win of the season. No. 43 Jonah Braswell/Lukas Greif brought the doubles point home by only dropping one service game and cruised to a 6-1 victory over Mehdi Benchakroun/Cooper White.

Nirundorn and Tokac carried their success over to singles play in straight set style. At No. 5, Tokac dominated for a 6-3, 6-2 victory over Luca Hotze for his first dual singles win of his freshman campaign and padded the Florida lead to 2-0. On the next court over, Nirundorn brought the same energy at No. 6 with his first dual singles win of his young career over Paul Colin, 6-3, 7-6 (4) to bring the Gators within one point of clinching its first win.

All four remaining matches were tight till the very end, as they all were decided in three sets. Axel Nefve bounced back after dropping the first frame 6-4 to Lleyton Cronje, but refused to back down. Nefve responsed with a 6-4 second set and conquered the third 6-2 to seal the victory for Florida at No. 1. This marked Nefve’s first dual win as a Florida Gator.

Braswell added on the fifth point at No. 3 over Mehdi Benchakroun, 6-2, 2-6, 6-4 in a back-and-forth affair. Greif wrapped up the win for the Gators with the first win at No….