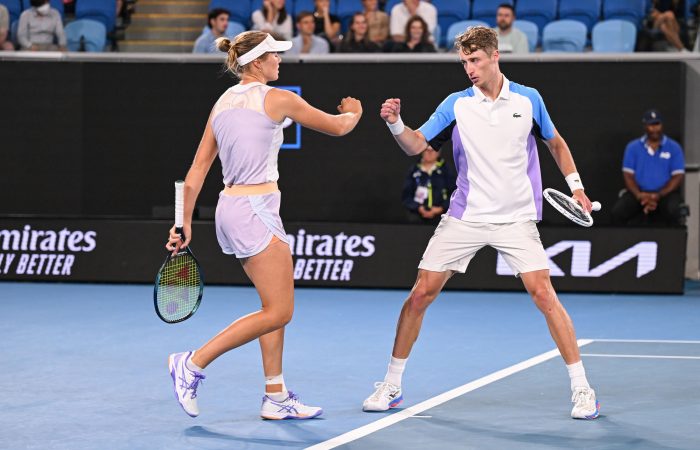 The Aussie wildcards booked their spot in the semifinals with a commanding 6-3 6-2 victory against fellow Australians Maddison Inglis and Jason Kubler at Margaret Court Arena this evening.

Gadecki and Polmans produced a polished performance, striking 22 winners to eight in the 69-minute encounter.

“It was a lot of fun tonight,” Polmans said. “Jason and Maddy are really good friends of ours, so congratulations to them on a great week. We’re really happy we could share the court with them tonight.” 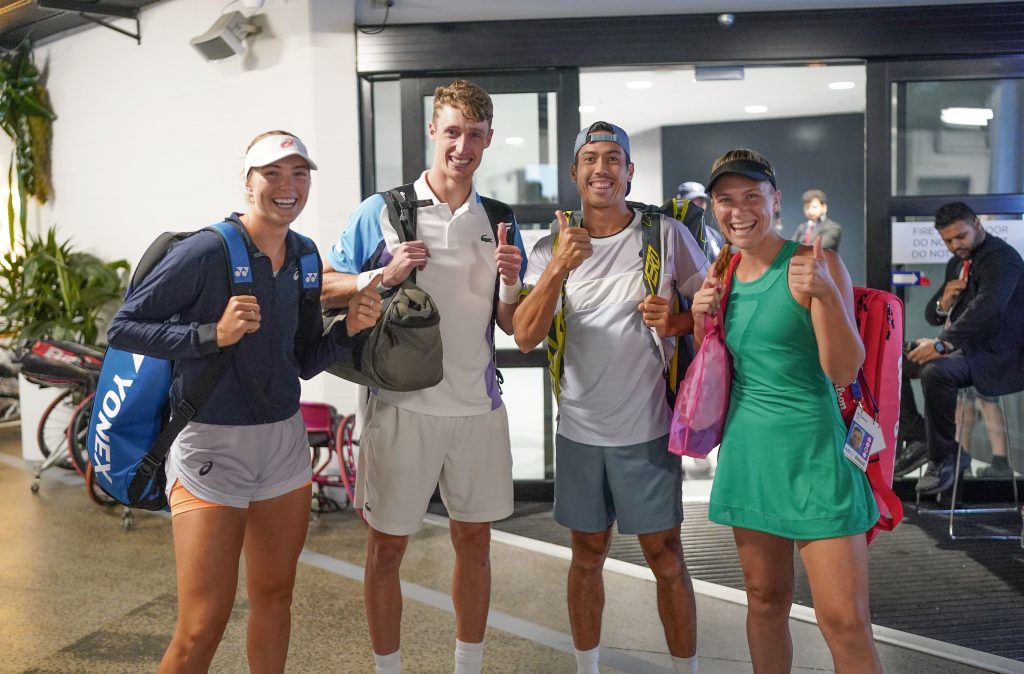 This equals 25-year-old Polmans’ career-best result in a Grand Slam mixed doubles draw, having previously made the Australian Open 2021 semifinals alongside Storm Hunter.

While for 20-year-old Gadecki, it continues an outstanding debut in a major mixed doubles competition.

“I can’t even put it into words to be honest,” Gadecki said of their success. “I’m really excited to be into the semifinals with Marc. We’re playing really well and looking forward to our next match.”

Remarkably, the Melbourne-based Polmans and Gold Coast-based Gadecki had never met before this tournament.

“We’re both just really having fun out here and having fun competing. It feels really natural to be honest,” Gadecki said of their partnership.

World No.34 Luisa Stefani and world No.29 Rafael Matos, who are also yet to lose a set in this tournament, await in the semifinals.

It ended an impressive run from the Townsville talents, who were teaming up for the first time at Grand Slam level.