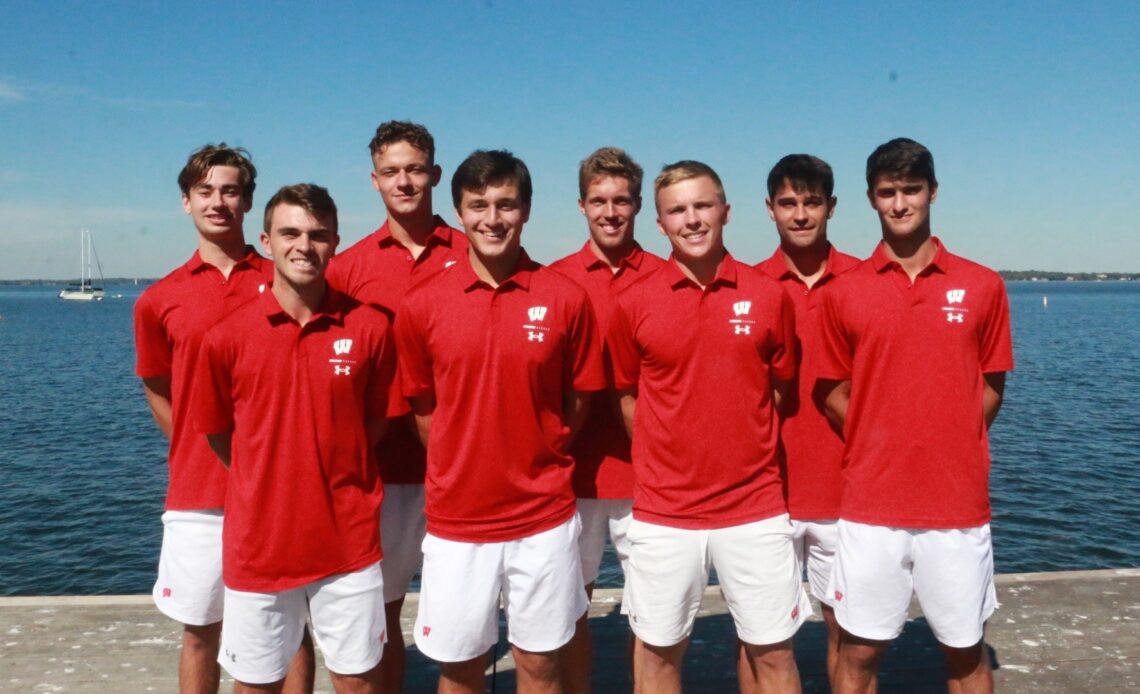 MADISON, Wis. — The Wisconsin men’s tennis team officially starts its 2023 regular season with a two-match home weekend, opening up against DePaul on Friday at 5:30 p.m. and Princeton on Saturday at 5 p.m. Both matches are at Nielsen Tennis Stadium and admission is free.

Here are five things you should know before the season is underway:

1. CONTINUING THE FALL MOMENTUM: The Badgers had some success on the fall tournament circuit, claiming two separate tournament titles. Senior Sebastian Vile fought his way to the singles final at the Big Ten Individual Championships last November. Vile dominated in the semifinals, easily beating Nebraska’s Roni Hietaranta, 6-4, 6-1, before a tough three-set loss to Northwestern’s Ivan Yatsuk in the finals, 6-2, 4-6, 6-2 earning runner-up honors. Vile looks to build off of his tournament success and last year’s 15-13 overall singles record this season.

Gabriel Huber and freshman Michael Minasyan, the newest doubles duo, earned themselves a rankings appearance at No. 24 after their ITA Regional Championship victory over Michigan’s Andrew Fenty and Gavin Young. They took home first place in doubles at the October tournament, earning them a spot in the ITA Fall National Championships in San Diego last semester.

2. NEW KIDS ON THE BLOCK: The 2023 roster includes three new Badgers that will make their regular season debut at Nielsen this weekend. This includes graduate transfer Jason Hildebrandt, sophomore Zachary Schwartz, and freshman Michael Minasyan. Hildebrant, a Penn transfer, is coming off of his senior season where he finished 8-10 in singles play and 10-6 in doubles. During the fall tournaments, he was paired up with fellow senior Jared Pratt, playing their way to the semifinal match at the Milwaukee Tennis Classic.

Schwartz is a Wisconsin tennis legacy whose father Howard and Uncle Marc were both Badger tennis players. He will make his college debut following an impressive high school career competing at No. 1 singles and being named team captain at Newton South High School in Massachusetts team.

Minasyan, a Sweden native, is starting his college career right after claiming the Swedish U-18 national championships in both singles and doubles play. He has already proved valuable to the Badger team with impressive Fall tournament wins with doubles partner