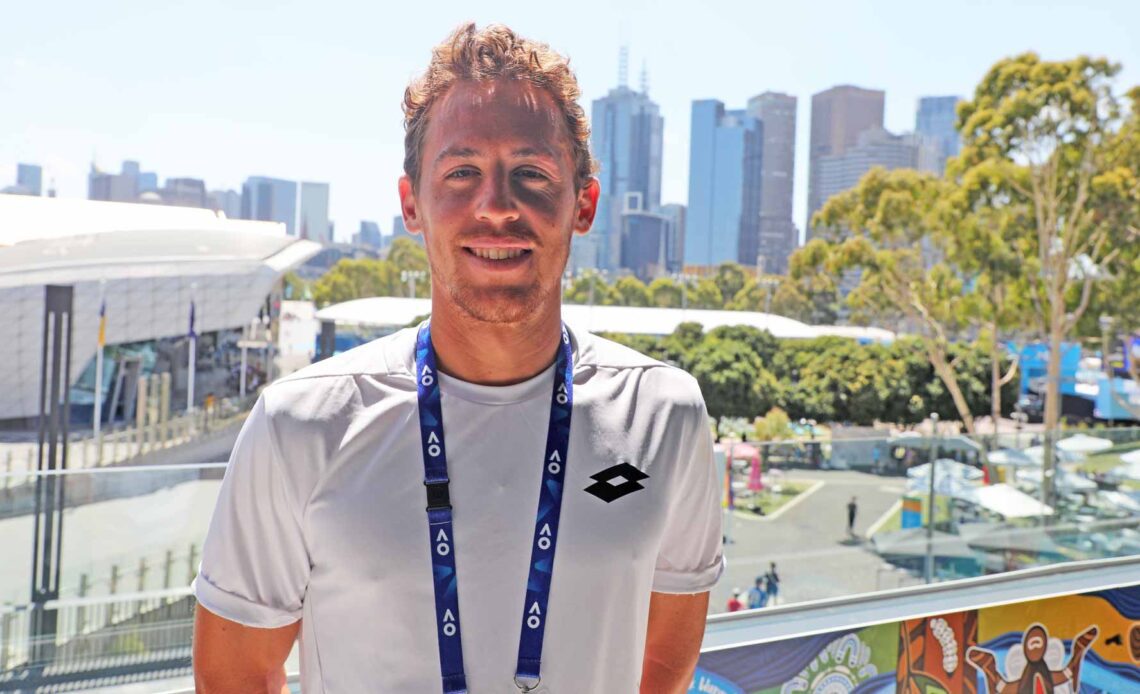 Roberto Carballes Baena was practising inside John Cain Arena Thursday afternoon with Italian star Jannik Sinner. The pair trained for two hours before taking a five-minute break ahead of point play. During that brief stop, the Spaniard checked his phone, on which he noticed an unpleasant surprise.

Carballes Baena received a Twitter message that he would be facing nine-time champion Novak Djokovic in the first round of the Australian Open.

“For sure it is something that when I saw the draw, it was tough in one way,” Carballes Baena told ATPTour.com. “But in the other way it’s a very good experience for me. I think [Rod Laver Arena is] one of the best courts in the world so I will try to enjoy, I will try to give my best and I will try to do a good match.”

It is not the first time Carballes Baena has faced Djokovic at a Grand Slam. The Serbian triumphed 6-4, 6-1, 6-4 against him in the first round of the 2019 US Open.

“The first five, 10 minutes I was a little bit nervous. It was very different. It was like a movie. It is like they have a [clapper] and you have to start to play now. But after five or 10 minutes you start to focus on your game, try to give your best,” Carballes Baena. “I think maybe I know him a little bit more than the first time. I saw him so many times on TV but I didn’t play against him. I know that he’s very good in everything but I think I have more of an idea how to play.”

That is because the Spaniard has become a practice partner for Djokovic when the former World No. 1 spends time in Marbella, about an hour’s drive from Carballes Baena’s home.

“For me it’s great. It’s something very good. I try to play with the best players and he’s probably one of the best of history,” Carballes Baena said. “You try to learn about his shots, his shots are very clean. He plays very good from everywhere. He serves very good, he returns unbelievable, he has a good backhand, so he’s very, very good in everything.”

Carballes Baena also knows that feeling comfortable training with Djokovic is different from doing so in a match. The best are able to raise their level in the heat of competition.