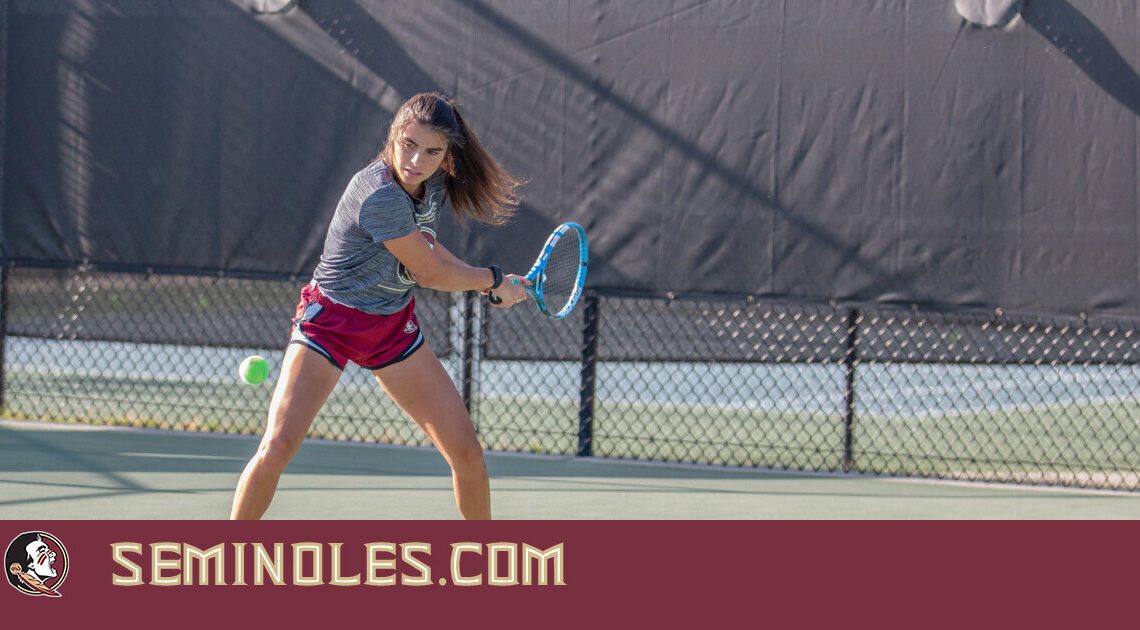 FSU’s season opener is Friday at 3 p.m. against FGCU, and then the Seminoles host Mercer and FAMU in a Sunday doubleheader beginning at 10 a.m.

Florida State is led by junior Anna Arkadianou, who is 52nd in the preseason individual rankings. The Athens, Greece, native won nine singles matches and three doubles contests during the fall season, including undefeated singles runs at The Fall Tournament at Alabama and the UNF Invitational.

Senior Vic Allen, freshman Millie Bissett, freshman Cade Cricchio and senior Mila Saric all had six wins in singles play this fall. Senior Kianah Motosono posted a team-best seven wins in doubles during the fall, including a 3-1 mark with junior Ellie Schoppe who finished the fall with six total wins in doubles. Bissett and Lancelot each earned six wins while playing doubles, including three playing as a pair.

Admission to matches at the Scott Speicher Memorial Tennis Center is free. Live stats will be available.

For more information on the Florida State men’s tennis program, check Seminoles.com and follow us on social media at FSUWTennis (IG) and @FSU_WTennis (TW).