Florida State Moves Up To 10th In ITA Rankings 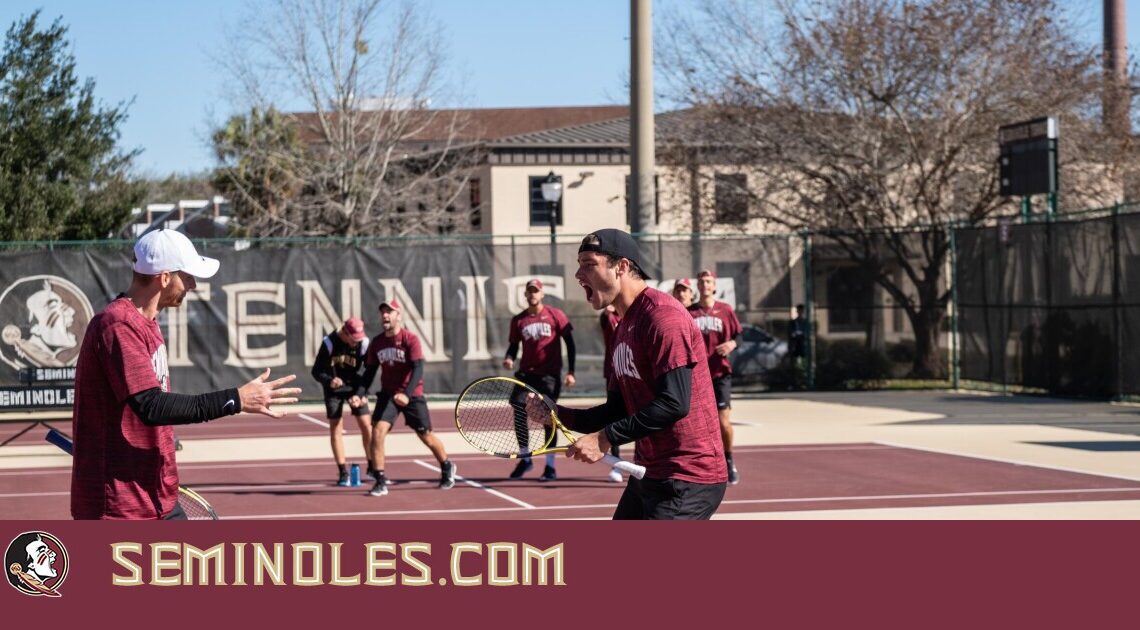 TALLAHASSEE – The Florida State men’s tennis team moved up six spots to 10th in this week’s ITA Rankings released Wednesday after a 3-0 start to the dual-match season.

The Seminoles defeated No. 7 Georgia in the home opener on Jan. 15 after opening the season with a weekend sweep of Hawai’i and Cal in Honolulu. FSU is second among the six ACC teams in this week’s top-25, behind only top-ranked Virginia, and ahead of 14th-ranked Wake Forest, No. 18 North Carolina, No. 20 Duke and No. 21 NC State.

Florida State is led by junior Antoine Cornut-Chauvinc, who is the No. 12 singles player in the nation. All three of his singles wins this season have been over ranked opponents, including the No. 1-ranked singles player Ethan Quinn from Georgia. Youcef Rihane, ranked 24th nationally, is also 3-0 in singles play. Sophomore Jamie Connel, who is ranked 53rd in the country, is 2-0 with a win over the 21st-ranked player nationally against Georgia. Junior Andreja Petrovic’s two wins also include a ranked victory over the 70th-ranked individual.

FSU returns to the court Saturday when it hosts FAU at 1 p.m. Admission to matches at the Scott Speicher Memorial Tennis Center is free.

For more information on the Seminole Men’s Tennis program, check Seminoles.com and follow us on social media at FSUMTennis (IG) and @FSU_MTennis (TW).