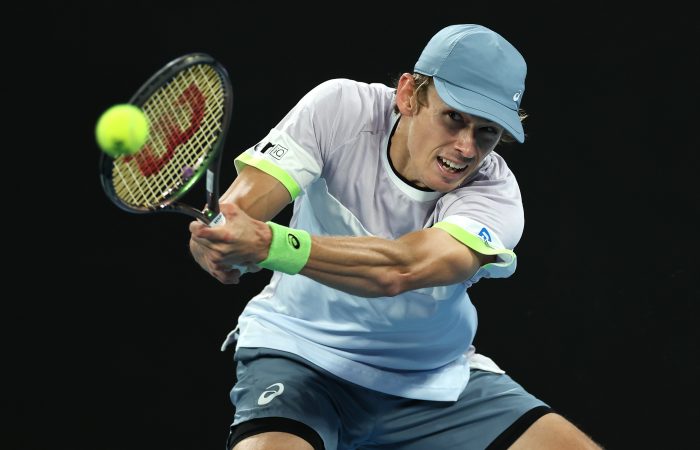 Alex de Minaur predicted his second-round clash with Frenchman Adrian Mannarino at Australian Open 2023 would be “a battle” – and it proved exactly that.

“It’s tricky. It’s a chess match out there and we both know it’s going to be very physical, we’re both going to play gruelling rallies. But it’s about staying tough and I dug really, really deep today and found an extra level that I probably didn’t know I had.”

Long rallies were a feature of the match, as the two relentless competitors went toe-to-toe. There were 77 points that extended beyond nine shots, with De Minaur winning 40 of them compared to Mannarino’s 37.

“It was just an absolute battle out there,” De Minaur said. “We were both going at it, both running miles and miles, having very tricky rallies.”

A point to savour from start to finish 🙌

This evening’s hard-fought victory propels De Minaur into the round of 32 at his home Grand Slam for a fourth time.

“I’m glad I was able to pull through,” De Minaur said, who credited the passionate and vocal crowd support for lifting him in the final stages of the match.

The world No.24 now plays another Frenchman, world No.48 Benjamin Bonzi.

De Minaur holds a 2-1 win-loss record against the 26-year-old Bonzi, who this evening fought back from a two-set deficit to defeat 14th seed Pablo Carreno Busta and advance to his first Grand Slam third round.