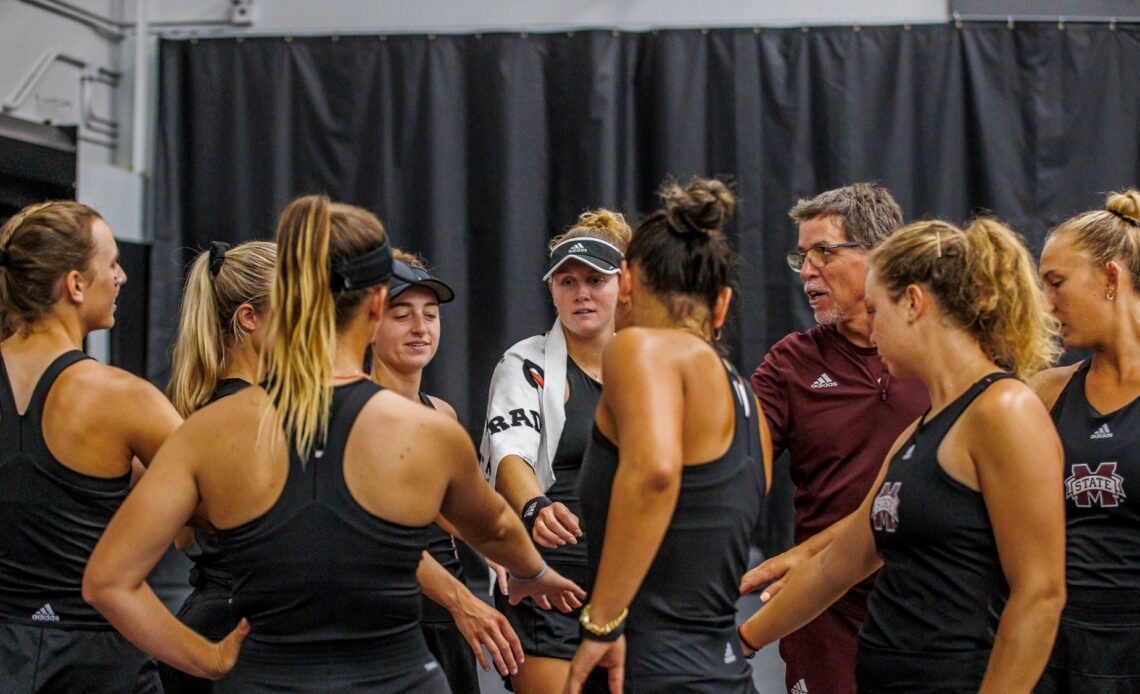 
STARKVILLE – The Mississippi State women’s tennis team is set to open their 49th season of play on Sunday against Louisiana at 10 a.m. and UAB at 4 p.m. inside the Rula Tennis Pavilion.

Head Coach Daryl Greenan, who is entering his 14th season in maroon and white, has guided MSU to a victory in 12 out of 13 season-openers – including 11 straight wins. Sunday will mark the second meeting between the Bulldogs and Ragin’ Cajuns, while this will be the 31st matchup with UAB.

The Maroon and White have won 53 consecutive non-conference home matches dating back to the 2012-13 season.

MSU enters the dual-match season after finishing strong, hosting its very own John Cade Invitational. As a team, the Bulldogs earned a 15-6 ledger in singles play to go along with six wins in doubles play.