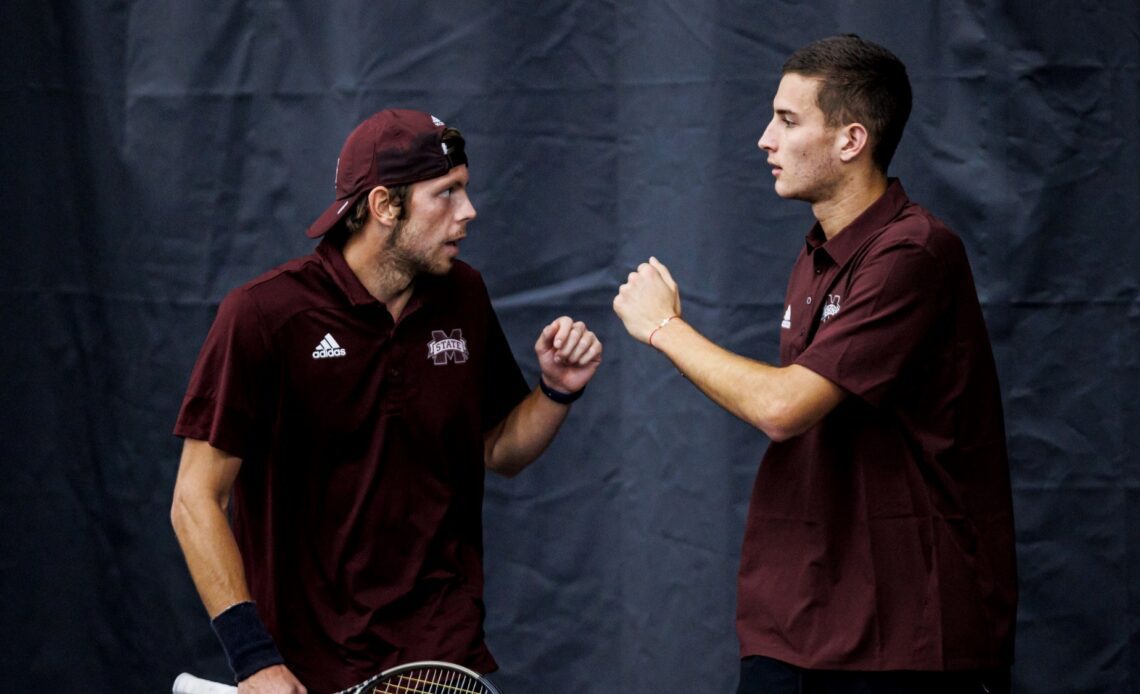 The Bulldogs swept the doubles point and claimed the first four singles matches en route to their seventh straight season-opening victory in front of a packed crowd inside the Rula Tennis Pavilion.

“It was solid and we got off to a good start,” said head coach Matt Roberts. “There’s a few guys that we’ve got to clean up some things mentally on the court but it was a good start. There were a lot of good things we can build off of and learn from today.”

Saturday was the first time four members of MSU’s roster had played in front of a home crowd. Ewen Lumsden, Petar Jovanovic and Benito Sanchez Martinez competed for the Bulldogs in the fall and all earned singles victories against ETSU. Jovanovic also teamed up with veteran Gregor Ramskogler for a doubles victory and Michal Novansky made his Mississippi State debut in doubles.

“It was good for the young guys,” Roberts said. “They’re starting to get a little more energetic. There were probably a few nerves but once they started loosening up, they looked great out there.”

“It was great and a way different atmosphere than I’m used to from the tournaments in the fall,” Sanchez Martinez said. “The atmosphere here was different and you could feel the tension. There were six players on the line going for it and had positivity on all the courts. I loved it and playing for the team too.”

Lumsden was the first Bulldog off the court, easing past Juan Lombisano 6-2, 6-0. He was quickly followed by Carles Hernandez, who downed Peter Kalocsai 6-1, 6-0 before Sanchez Martinez clinched things for Mississippi State.

Jovanovic, ranked 107th in the country, defeated Adam Nagoudi in straight sets 6-4, 6-3 before Gregor Ramskogler closed out the day with a 6-4, 7-5 win over James Sim. The Bulldogs’ only blemish came as Nemanja Malesevic fell to Thiago Pernas in third-set super tiebreaker 10-4 after splitting the first two sets 6-2, 3-6.

Hernandez and Malesevic, the…