Spartans Fall on the Road at Notre Dame 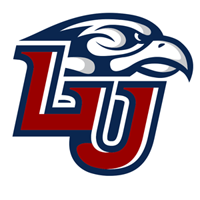 
In defeat, the Green & White fall to 1-1 overall through their first two dual matches of the season. MSU opened the 2023 campaign on the road at Toledo, publishing a 5-2 win over the Rockets on Sunday, Jan. 15. The Fighting Irish improve to 1-0 following a win in their season-opening matchup, and will continue action at home later this afternoon with the second half of a Saturday doubleheader against Butler.

The match began on the doubles courts, with Notre Dame snagging victories in all three matches. Julia Andreach and Carrie Beckman started things off at the No. 3 position, toppling the Spartan pairing of Issey Purser and Dagmar Zdrubecka by a 6-0 margin. Notre Dame picked up two more wins and sealed the opening point of the match at the top two spots, with Page Freeman and Bojana Pozder downing Ayshe Can and Liisa Vehvilainen by a 6-3 score at the No. 1 spot. The Fighting Irish pairing of Rylie Hanford and Yashna Yellayi defeated Marley Lambert and Nicole Conard by a 6-4 margin, completing the sweep in the early going.

Notre Dame’s momentum carried forward, as the Fighting Irish took all six first sets in singles action. Yellayi booked the first singles point for Notre Dame, and their second overall of the match with a 6-3, 6-2 win against Purser on court four. The Fighting Irish tallied…