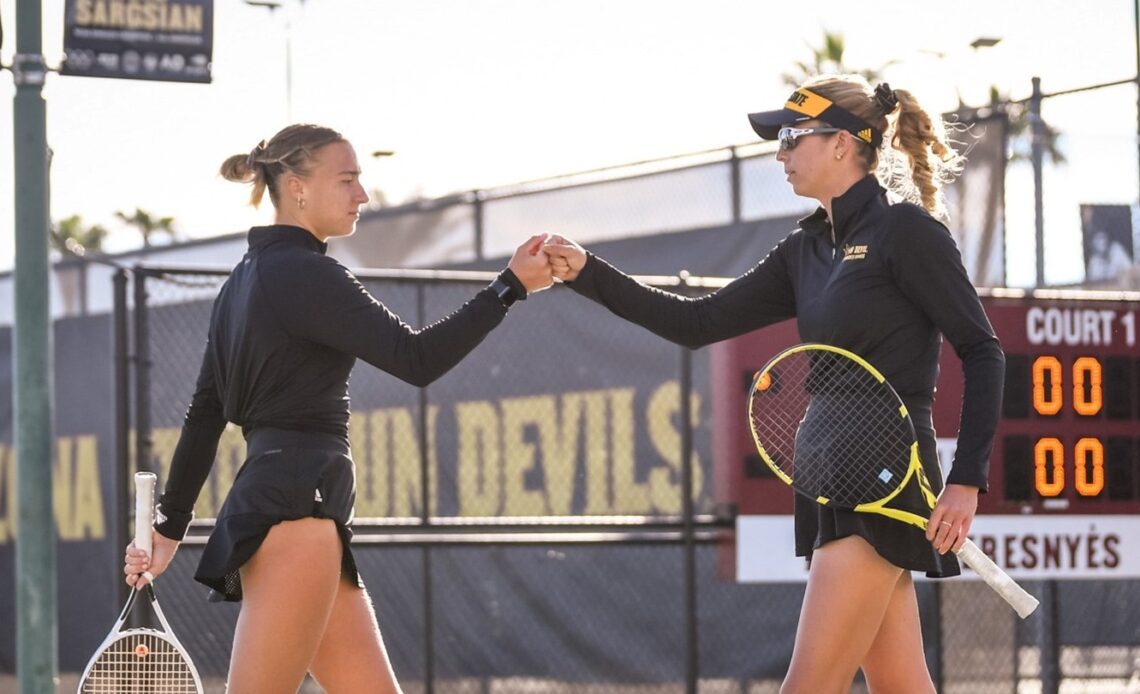 TEMPE, Ariz. – After a historic 2022 season, which included a run to the Pac-12 Championship final and a 34th consecutive NCAA Tournament appearance, the next chapter of Sun Devil Women’s Tennis has finally arrived.

Head coach Sheila McInerney will begin her 39th season in Tempe when the Sun Devils host Grand Canyon (10 a.m.) and UC San Diego (3 p.m.) on Saturday, January 14 at the Whiteman Tennis Center in the opener of the 2023 campaign.

We’ll kick off our season with a doubleheader on Saturday against GCU (10 a.m.) and UCSD (3 p.m.) at the Whiteman Tennis Center ?? pic.twitter.com/xI2SypZ9Br

It marks the first of 14 home matches this season and will be the second double-header the team plays in a span of three days.

Six Sun Devils from last season’s roster have returned this spring, and the team already sports a No. 19 overall ranking, according to the ITA.

SCHEDULE AT A GLANCE

The Sun Devils will play five matches from January 14-21, and all will take place right here at home. After Saturday’s two-for-one opener, the Sun Devils will welcome both Northern Arizona (10 a.m.) and New Mexico State (3 p.m.) on Monday, January 16.

On Saturday, January 21, they’ll host Loyola Marymount at 12 p.m. – the final of a busy five-match homestand in the span of seven days.

They’ll hit the road the following weekend, closing out January at the annual ITA Kickoff Weekend, where they’re currently slated to meet UCF (January 28 at 2 p.m.) and either Auburn or UCSB the day after (January 29 at 10 a.m.).

After a brief weekend at home against both SMU and San Diego (February 3-4), the Sun Devils won’t return to the Whiteman Tennis Center until the first weekend in March, when they’ll see Baylor (March 4 at 11 a.m.) and Oregon (March 5 at 11 a.m.).

Sandwiched between those two homestands, the Sun Devils have a pair of tough tests on the road at Oklahoma (February 11 at 12 p.m.) and Ohio State (February 19 at 11 a.m.).

March is shaping up to be among the busiest stretches in the entire spring, as they’ll play six times in three states. They’ll draw Baylor, Oregon and Penn (March 11 at 12 p.m.) at home before a four-match road trip against Washington (March 17 at 1:30 p.m.), Washington State (March 19 11 a.m.), California (March…