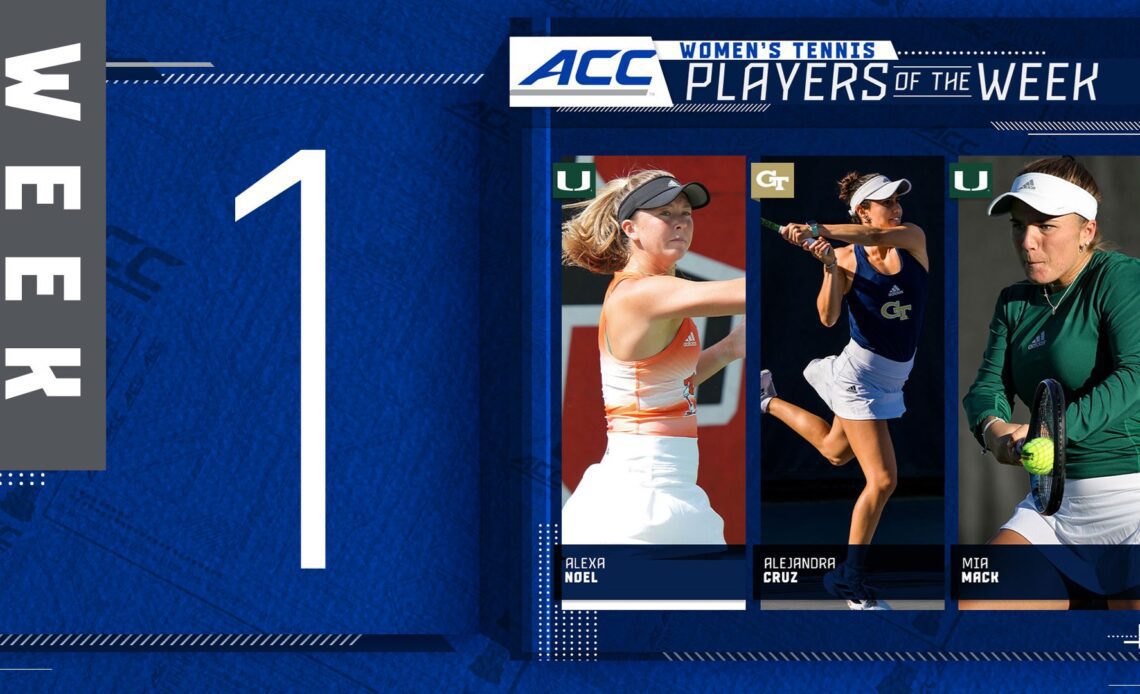 Mack finished 2-1 on the weekend after facing players from three of the top-20 teams in the nation, No. 1 Texas, No. 3 NC State and No. 20 Vanderbilt. The Löchgau, Germany, native earned a singles win over NC State and teamed up with junior Isabella Pfennig for a doubles win against the third ranked Wolfpack.

Cruz finished 2-1 in both singles and doubles at the Carolina Kickoff. She recorded two three-set wins over players from RV Wake Forest and Wisconsin. The Mexico City, Mexico native partnered with teammate Kylie Bilchev in doubles to go 2-1. The pair lost their only match in a tiebreak to a ranked Wisconsin doubles team before securing two wins to close out the tournament.