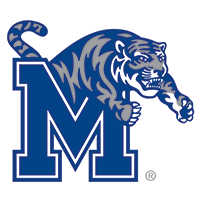 For the second time in as many matches, Azuma Visaya clinched a win for the Bruins (2-0). Alexander Hoogmartens and Patrick Zahraj also prevailed for UCLA on the singles courts. Hoogmartens also helped secure the doubles point following an extended tiebreaker. Maxi Homberg and Tim Zeitvogel were victorious for the Waves (0-1).

The freshman prevails 7-6(2), 6-2, clinching the overall win against No. 19 Pepperdine ????#GoBruins pic.twitter.com/CMZy7s2NIL

Each of the day’s four tiebreakers, including three in completed matches, went to the Bruins.

Zahraj and Giacomo Revelli made a statement early in doubles play, taking six of seven games versus the No. 34 tandem of Zeitvogel and Daniel De Jonge. Pietro Fellin and Eric Hedigian answered for Pepperdine, doubling up Jeffrey Fradkin and Aadarsh Tripathi on Court 3.

With all eyes on Court 2, Hoogmartens and Timothy Li outlasted Homberg and Eero Vasa 10-8. The deciding point came with Pepperdine serving. The victory marked the first for Li in his dual-match career.

No. 83 Hoogmartens knocked off a top-50 opponent for the second straight dual match and third consecutive contest going back to tournament play. His latest win came against No. 31 De Jonge on the top court, 6-1, 6-3, and gave UCLA a 2-0 lead.