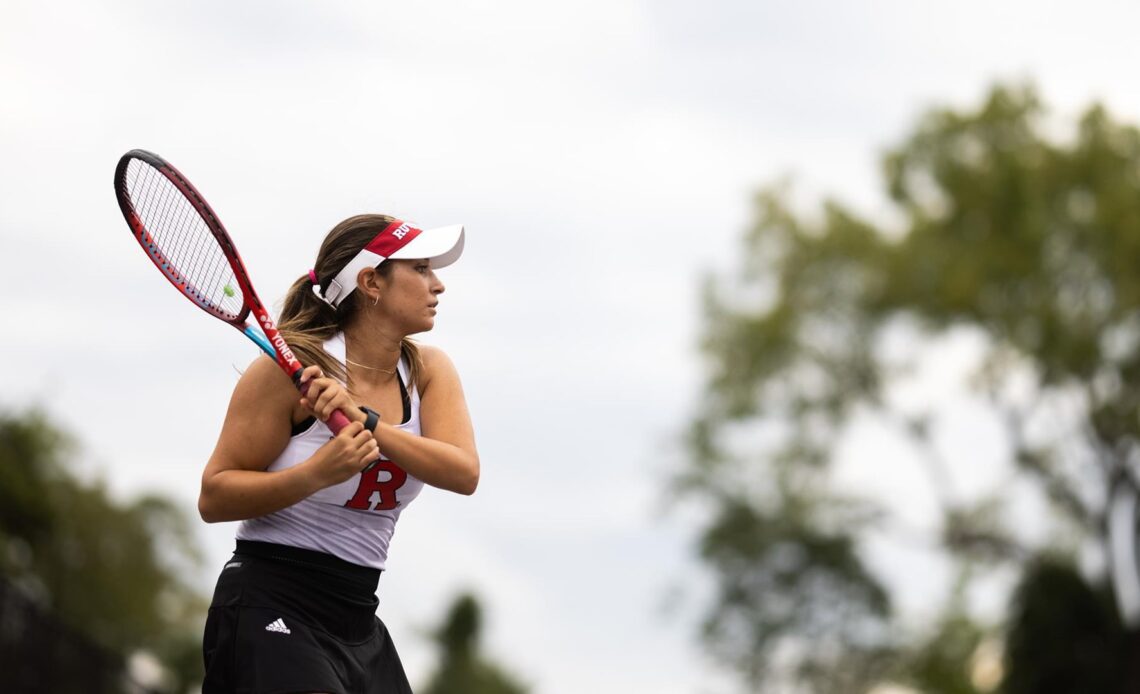 PRINCETON, N.J. – The Rutgers women’s tennis completed the three-day Princeton Fall Invitational on Sunday afternoon. The team finished up the weekend with six doubles and 12 singles wins for an impressive showing.

“The team sustained a high level of competitiveness all weekend, “head coach Hilary Ritchie said. “I’m excited to see how they have improved since the start of the season. Over the next two weeks we will focus on doubles play and continuing to play offensively in singles.”

The pair of Amira Badawi/Minchae Kim recorded the lone doubles win of the day for the Scarlet Knights, defeating their opposition from Princeton, 8-3.

While paired with Kim and Chloe Brown, Badawi stayed perfect in doubles play, going 3-3 over the three-day tournament.

RU found more success in singles, led by Jackeline Lopez, who secured her third consecutive win of the weekend to stay undefeated, topping her opponent from UCONN in straight-sets, 6-3, 6-4.

RU will continue onto two more tournaments in the ITA Super Regional (Oct. 21-23) and the Big Green Invitational (Nov. 4-6) to end the fall season.