Illini to face No. 4 Kentucky, No. 2 Ohio State in Weekend Matches 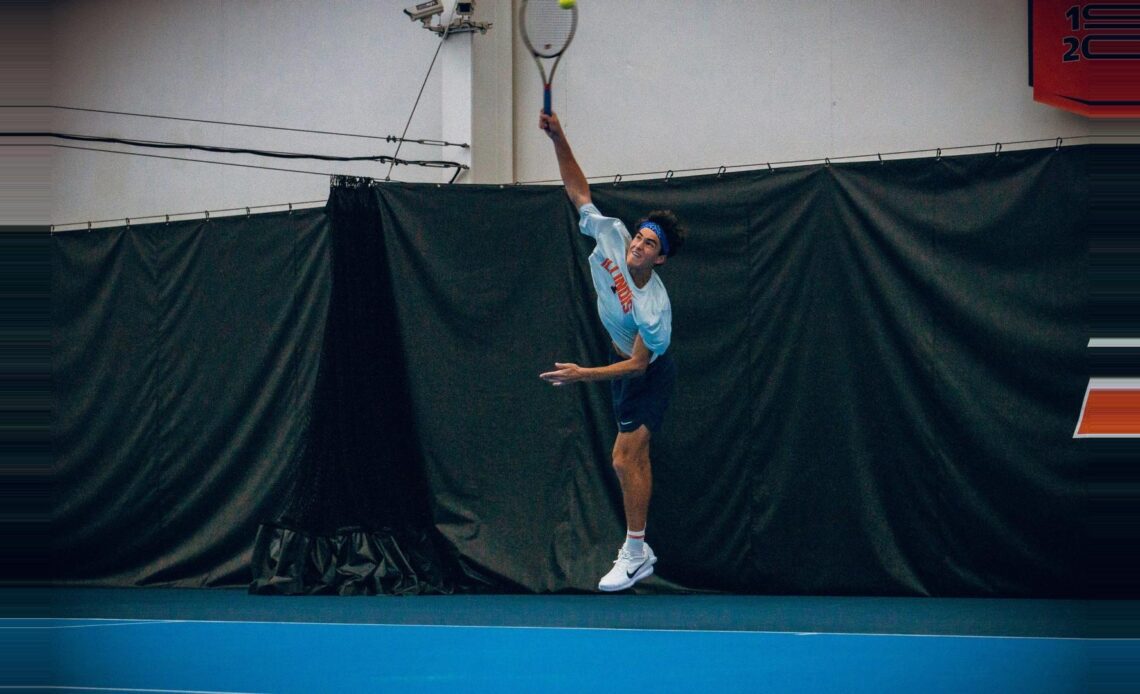 While Ohio State is in the Big Ten, the match against the Illini will not count toward the Big Ten record.

Illinois is coming off a weekend sweep against Wichita State and Bryant. The Illini stared the day with a 6-1 win against the Shockers where Oliver Okonkwo and Mathis Debru, defeating Duccio Petreni and Luke Bracks 6-2 and Karlis Ozolins and William Mroz beat Richey King and Misha Kvantaliani, 7-6 (3).

The match against Bryant was shortened with the Illini walking away with a 4-0 win. The victory was guided by a 6-3 doubles win from Ozolins and Mroz against Leonardo Mileikowsky and Will Pellegrini, as well as a 6-2 doubles win from Okonkwo and Debru against Jean-Christophe Baril and Aryaan Sen.

Kentucky cruised past Dayton in their opening doubleheader on Jan. 18, defeating the Flyers by scores of 5-0 and 4-0 without dropping a single set. No. 1 doubles pair, Liam Draxl and Alafia Ayeni, went 2-0 on the day, as did the tandem of Jaden Weekes and Alexandre LeBlanc.

Ohio State opened their season with a doubleheader against Cleveland State and Toledo, sweeping them 7-0 and 4-0, respectively.

The Buckeyes are bringing in the No. 2 ranked doubles pair in the nation with JJ Tracy and Andrew Lutschaunig who handled their business against Cleveland State pair of Kade Mindry and Raul Teichmann on court one with a 6-2 victory.

Fifth-ranked Tracy and 90th-ranked Alexander Bernard never faltered for the Buckeyes, only giving up two points each on their way to victories over Kade Mindry and Raul Teichmann, Tracy with a…