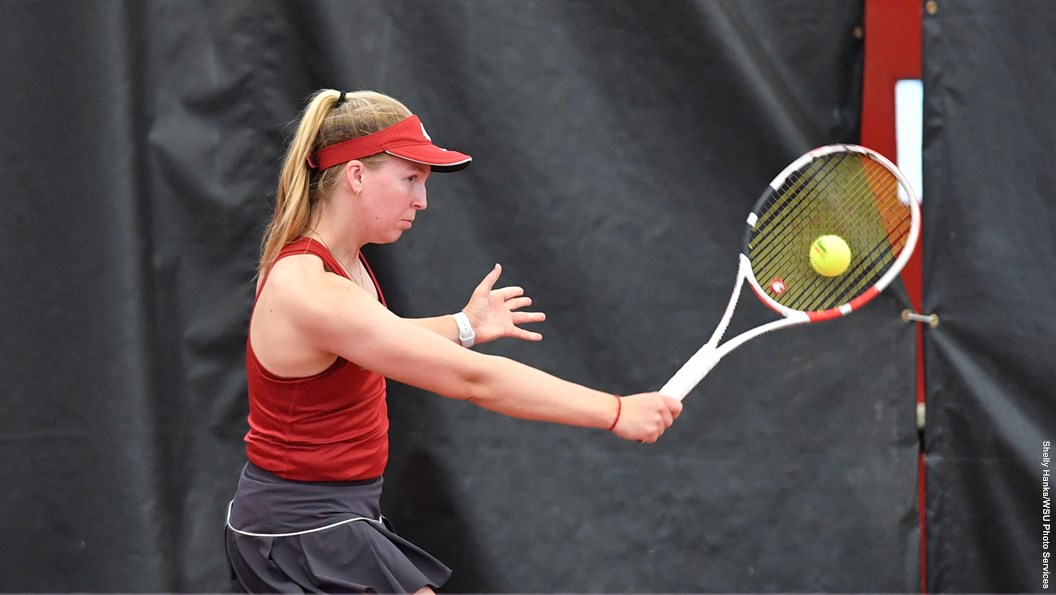 
(January 12, 2023) THIS WEEK: The Washington State Tennis team begins its 2023 dual match schedule by hosting Montana, Friday, January 13 at 10 a.m. at the Simmelink Tennis Courts at Hollingbery Fieldhouse. Free coffee and donuts will be available to fans at the match.

LAST WEEK The Cougars competed at the Weinman Foundation Invitational last week in Honolulu, playing in a hidden dual format, with singles matches are contested against one school and doubles matches against another. In addition to the Cougars and host Hawaii, No. 12 California, No. 14 USC and No.22 Iowa State were also competing. No team scores were kept.

NEXT UP: The Cougars return to the court Sunday, Jan. 22 when it hosts Gonzaga in a contest scheduled for Noon. That match will be played at the Simmelink Tennis Courts at Hollingbery Fieldhouse.

TSE PICKS UP FIRST ITF WIN: Cougar sophomore Elyse Tse captured her first professional ITF main draw victory late in December when she posted a 6-3, 6-1 win over Taleia Tuatao in the first round of the 25k Tauranga event.

COACH RAQUEL ATAWO: Raquel Atawo begins her second season as head coach of the Cougars after being named to the position July 2, 2021. In Atawo’s first year leading Washington State Tennis, the Cougars showed great improvement throughout the season, finishing with a, 8-15 record, but posted back-to-back wins late in the season over nationally-ranked Washington. Atawo arrived in Pullman having spent the 2021 season as the assistant coach at Auburn and prior to that, spent 15 years on the WTA Tour, where she reached at No. 10 world ranking in doubles.