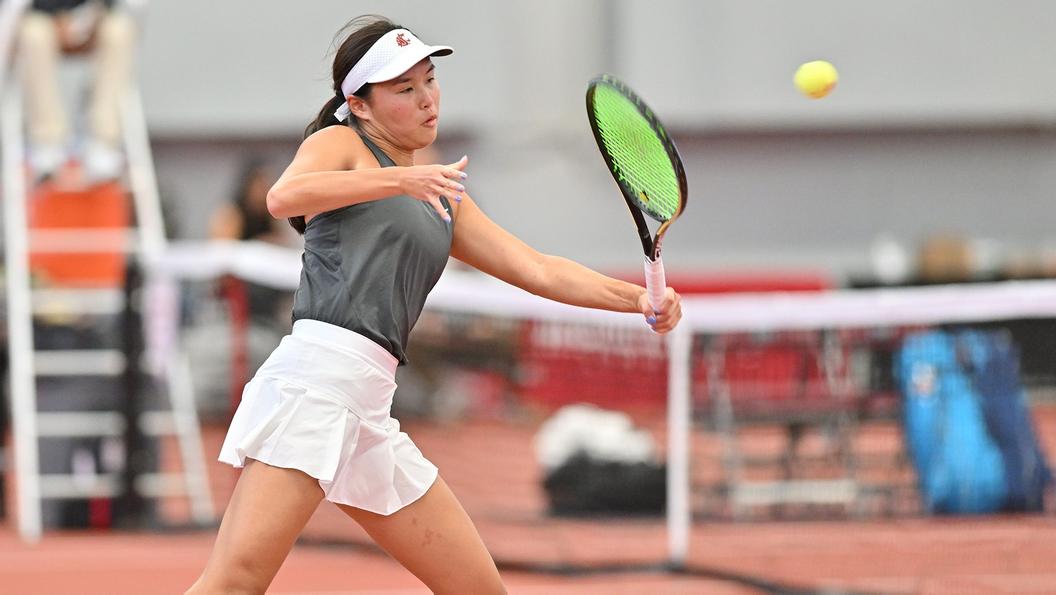 
THIS WEEK: The Washington State Tennis team continues its two-match homestand to open the spring season by hosting Gonzaga, Sunday, January 22 at Noon at the Simmelink Tennis Courts at Hollingbery Fieldhouse. Free coffee and donuts will be provided for fans.

LAST WEEK The Cougars began their dual match season by defeating Montana, 7-0, at Hollingbery Fieldhouse. WSU dropped just one set in the nine matches as it improved to 40-4 in the all-time series against the Grizzlies.

SCOUTING GONZAGA: Gonzaga enters Sunday’s match with a 2-0 mark, defeating Montana and Seattle last weekend in Spokane. The Bulldogs are led by senior Care Broerman, who enters the match with a No. 115 national singles ranking. WSU leads the all-time series, 23-1, including a 5-2 victory last year in Spokane.

NEXT UP: The Cougars travel to Charlottesville, Va. to compete at the 2023 ITA Kickoff Weekend. WSU will face host and No. 9-ranked Virginia in its first match Friday, Jan. 27 at Noon PT. Saturday’s second match will be against either South Carolina or Northwestern. The winner of the four-team event will advance to the 2023 ITA National Teams Indoors, Feb. 10-13 in Seattle.

MURPHY NAMED PAC-12 PLAYER OF THE WEEK:  Sophomore Maxine Murphy was named the Pac-12 Conference Women’s Tennis Player of the Week, the conference office announced Jan. 17. The sophomore from Laguna Nigel, Calif. captured the conference’s first player of the week honor for the 2023 season after posting a pair of victories in the Cougars’ 7-0 victory over Montana last Friday. Murphy teamed with freshman Eva Alvarez Sande for a 7-5 win over Hailey Murphy and Grace Haugen at No. 1 doubles and followed that with a convincing 6-0, 6-1 win over Hailey Murphy at No. 1 singles. The honor marks the first of Murphy’s career.

TSE PICKS UP FIRST ITF WIN: Cougar sophomore Elyse Tse captured her first professional ITF main draw victory late in December when she posted a 6-3, 6-1 win over Taleia Tuatao in the first round of the 25k Tauranga event.