No. 19 Sun Devils to Wrap Up Homestand With Loyola Marymount 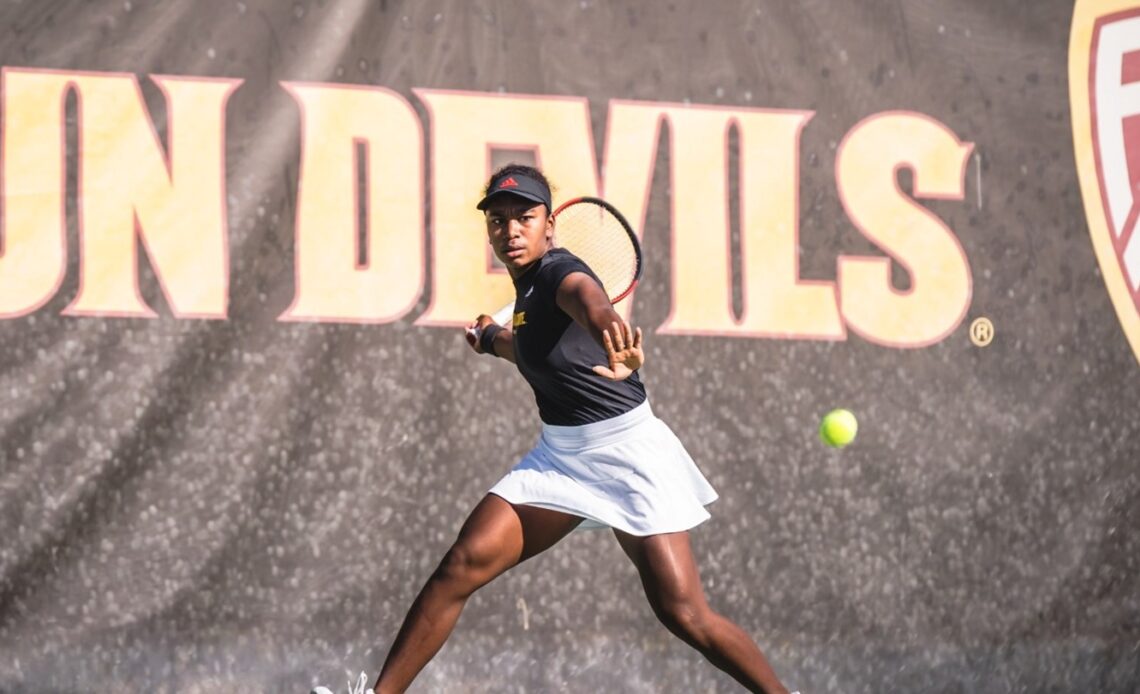 TEMPE, Ariz. – The last of a five-match homestand to begin the 2023 season is up next, as the No. 19 Sun Devils will host Loyola Marymount on Saturday, January 21 (12 p.m.) at the Whiteman Tennis Center.

Live stats will be available to fans and can be found here.

The Sun Devils have aced their first four tests of the season, all of which have happened within the last week. They beat GCU and UCSD in a season-opening doubleheader on January 14, then dispatched both NMSU and NAU on January 19. All four victories have come via clean sweep.

Sun Devils are ranked No. 19 in the nation for the second consecutive ranking ?? pic.twitter.com/iXTzPjpgIY

With a win on Saturday, the Sun Devils could start the season 5-0 for the first time since 2020.

Next up for the Sun Devils is their first road trip of the season, in which they’ll head to Auburn, Alabama, for the annual ITA Kickoff Weekend tournament. They’re set to face Central Florida on January 28 (2 p.m. MST) and either Auburn or UCSB the following morning.