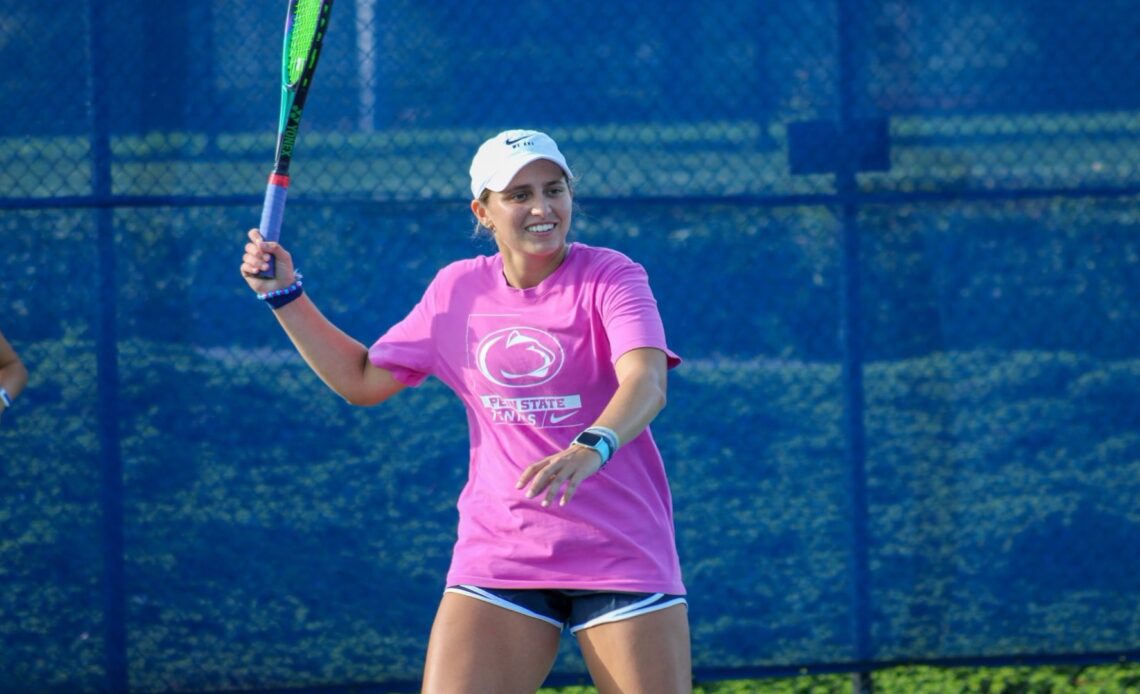 UNIVERSITY PARK, Pa. – The Penn State women’s tennis team is set to begin its spring season with two home matches. The Nittany Lions host Xavier on Saturday at noon and Old Dominion on Sunday at 11 a.m.

Fans attending the matches can park at the East Deck for $1 per hour.

“The season is finally here, and the team has been preparing extremely well this year on and off the court,” said head coach Alexandra Anghelescu. “Ronit and I are very proud of the commitment that the team has shown since coming back from break. This is the most talent team we’ve had yet, and we are excited to see what they can do.”

Keep up with the Penn State women’s tennis team at GoPSUsports.com. For continued updates throughout the year, make sure to follow our Instagram @pennstatewtennis and Twitter @pennstateWTEN.

SCOUTING THE NITTANY LIONS
The Blue and White are heading into their fourth season under Anghelescu’s guidance as head coach.

“This weekend is a great weekend to set the tone for the season,” said Anghelescu. “Having our first two season matches at home is going to give us confidence and an advantage that this team hasn’t experienced before.”

Penn State is led by captains Sofiya Chekhlystova and Karly Friedland. Chekhlystova is ranked No. 53 nationally in the ITA Collegiate Tennis Rankings.

The Nittany Lions have five returners to their roster, and welcome three newcomers, graduate students Ioana Gheorghita and Carla Girbau and freshman Olivia Dorner, to the lineup.

EXAMINING XAVIER
The Musketeers are coming off a successful 2022 season, where they earned their second-straight Big East Championship and earned a bid to NCAA Tournament.

Xavier is coached Doug Matthews, who is in his ninth season.

The Musketeers welcome back Imani Graham, who earned a spot on the All-Big East Second Team in 2022. In addition to Graham, Xavier has four other returners.

OBSERVATIONS OF OLD DOMINION
Old Dominion concluded its fall season with four nationally ranked players. Leading the Monarchs is Tatsiana Sasnouskaya, who is ranked No. 37 nationally in singles. Additionally, Shahar Biran is ranked No. 112 in singles.

The Monarchs have a ranked doubles duo in Allison Isaacs and Alexandra Viktoroivch….